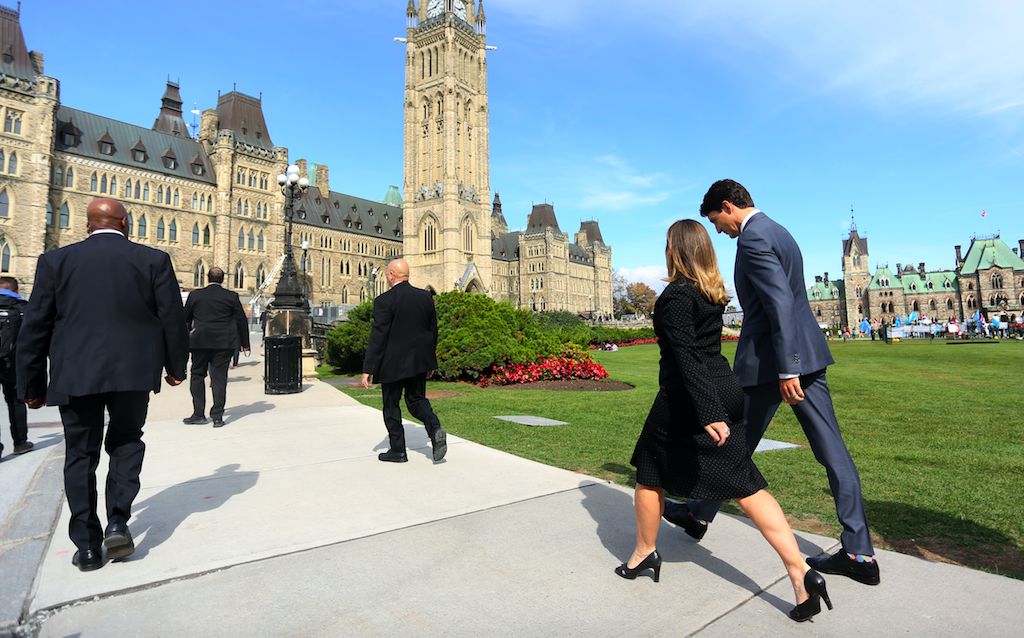 Prime Minister Justin Trudeau and Minister of Foreign Affairs Chrystia Freeland walk on Parliament Hill the day after the agreement in principle with the United States and Mexico on the United States Mexico Canada Agreement on Oct. 1, 2018./ Hill Times photo by Andrew Meade.

The new trade pact forged by Canada, the U.S. and Mexico to replace the North American Free Trade Agreement (NAFTA) holds onto a key exemption for Canada’s cultural industries but contains a range of revisions to intellectual property, digital trade and broadcasting policies, including the overturning of a controversial CRTC decision preventing substituting American ads during the Super Bowl.