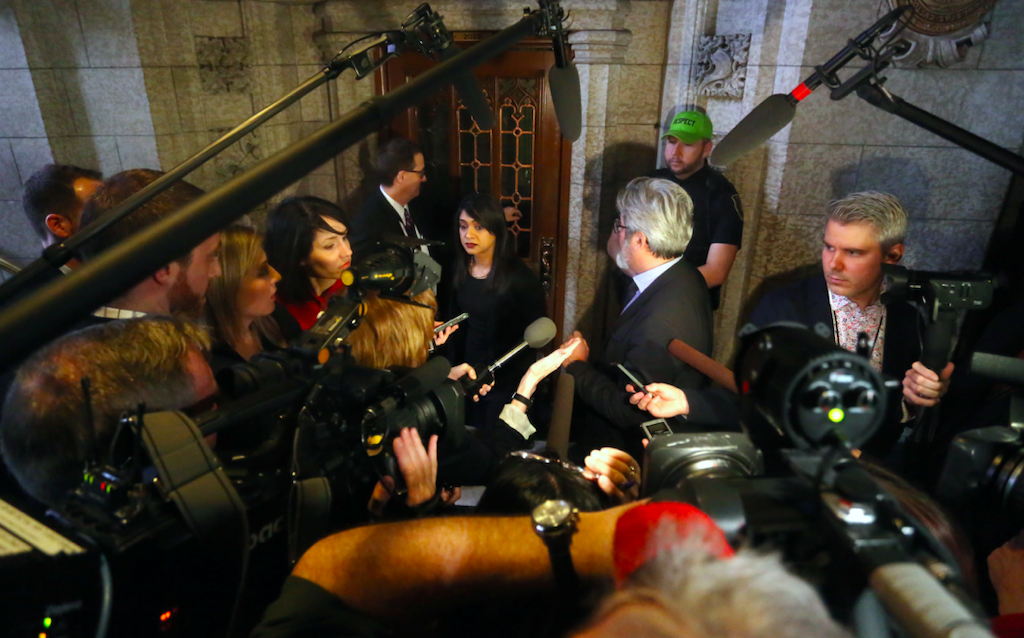 Members of Parliament come out of the House of Commons to scrum with reporters during an ongoing filibuster on March 23, 2018./ Photo by Andrew Meade.

The independence of the panel that will determine which print news organizations will get tax credits has been “compromised” because the government had already decided to exclude broadcasters from the handouts, according to a March letter sent to the government by the Canadian Association of Broadcasters.