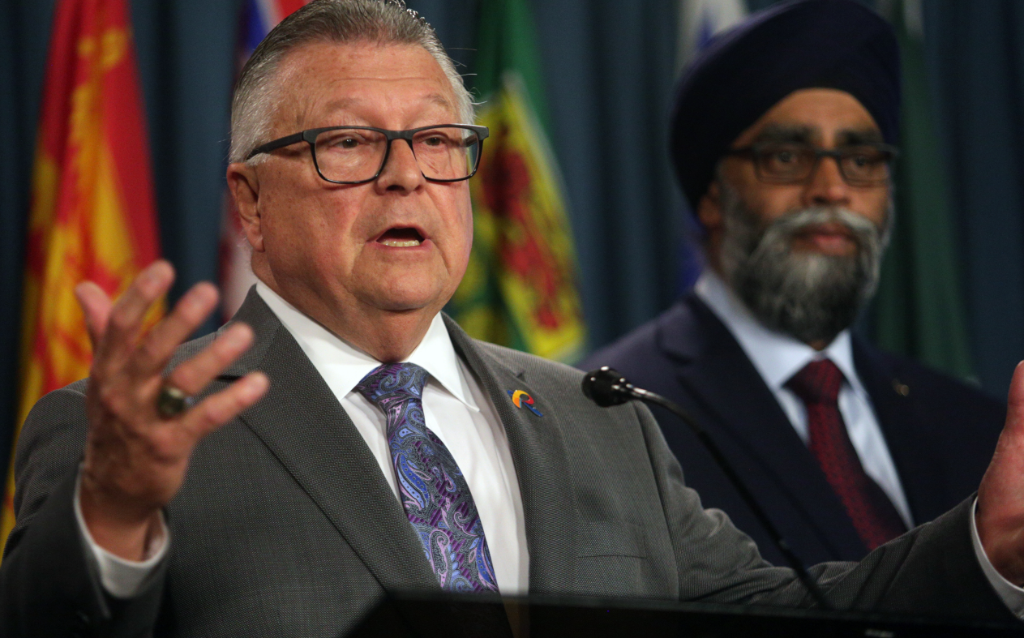 Telus Corp. told the federal government that prohibiting Huawei Technologies Co. Ltd.’s equipment from next-generation networks would significantly delay the deployment of 5G — a week before its CEO reassured investors that a ban would be manageable.

The company urged the Liberal government not to put in place any additional bans on Huawei equipment for 5G networks, according to secret documents obtained by The Wire Report through the access to information process. Huawei equipment already isn’t allowed in the more sensitive network cores, but for much of the past year the government has been considering whether to extend that prohibition to the radio access portions of telecoms’ 5G networks.

A partially-redacted document prepared ahead of a meeting between ISED officials and Telus outlines that Innovation Minister Navdeep Bains “met with Telus about two weeks ago and asked them to propose a solution for 5G.” Telus and BCE Inc. both extensively use Huawei equipment, and have been singled out as the most likely to suffer in some way from a ban. Bains’ office didn’t answer questions about whether the minister asked other telecoms to propose solutions, though a spokesperson said by email Bains “consults regularly with stakeholders on their views of the telecommunications industry.”

A week later, CEO Darren Entwistle told investors that the company might see “an incremental, non-recurring financial cost that we will manage adeptly.” The company had said in its quarterly documents that the timing of 5G deployment could “potentially” be affected by a ban, though Entwistle said on the investor call the company would “work to ensure it does not impact the timing of when Telus brings 5G to market.”

But in the Feb. 7 documents submitted to the government, Telus had outlined that if the government bans Huawei antennas and radios from 5G networks, the deployment of 5G in Canada would be “greatly delayed.”

That’s because it would force carriers to replace that equipment in current 4G networks to ensure they’re compatible, Telus told the government.

“A Huawei ban greater than the current core ban will have far-reaching impacts that will ultimately increase costs while reducing service quality,” the document said. “Given the critical role of 4G infrastructure in delivering 5G capabilities, a full ban on Huawei for 5G will force operators to replace their existing 4G Huawei equipment — an expensive and complex proposition over an elongated timeframe.”

It said that while “standalone” 5G networks might eventually be possible, currently a 5G network that doesn’t have a 4G network as an anchor would become a “commercial and competitive failure.” A standalone 5G network would have significantly reduced coverage, and be as much as 50 to 70 per cent slower than today’s 4G networks, it said.

“Canadians served by this hypothetical standalone network would not have access to 5G devices,” Telus warned.

To put those comments into context, Telus and Bell stated publicly earlier this year that they wouldn’t be greatly affected by a Huawei 5G ban because they still haven’t picked a 5G vendor.  Telus said it expects to put out a request for proposals to pick a supplier later this year.

The Telus documents also warned that a ban would affect Canadian innovation and research, while allowing Huawei equipment and radios would mean the economic benefits of 5G would be realized, the company argued.

Most of the details outlining Telus’ proposed solution in the document were redacted, though the telecom pushed for the extension of a Canadian Security Establishment initiative internationally.

In 2018, the CSE admitted its Security Review Program, which has been in existence since 2013, is used to test the security of communications equipment used by Huawei. CSE later said it has worked with 31 Canadian wireless providers on cybersecurity.

“Rather than banning one company that is headquartered in China, while enabling other suppliers to build code in the same country, we should be working to ensure we have access to Huawei’s world-leading innovation as we continue protecting our security and privacy,” the document said.

It outlined that efforts are starting up to “establish international security testing frameworks that would set a common baseline for security,” and that Canada is a world leader in this area. Telus added that the initiative would also strengthen the current standards-based proposals and “set Canada up for future success.”

Telus told the government in the February documents it wants to work on finding consensus on 5G cybersecurity with “like-minded European and global counterparts.” That includes working on building a “5G Cyber Center (5GCC) which would establish a global standard for 5G security assurance and interconnect academic research initiatives and cyber-security testing labs in each participating nation.”

It said combining Telus’ and Canada’s “security thought leadership and market influence with allies in Europe and across the globe will allow like-minded organizations with similar values to speak with one strong and clear voice about what secure 5G infrastructure will require from global vendors.”

The documents proposing a solution were submitted days ahead of a meeting between Telus representatives and Prime Minister Justin Trudeau in British Columbia. Notes prepared for Trudeau ahead of that meeting, also obtained through access to information law, include background on 5G wireless technology.

Media reports in July indicated that the government is unlikely to issue a decision on a Huawei ban ahead of October’s federal election.

Should the Liberals lose that election, it’s unclear whether an additional ban would be implemented. While Conservative leader Andrew Scheer has called for a “ban” on Huawei, he declined to specify whether that refers to formalizing the current effective prohibition on Huawei equipment in the network core, or implementing new restrictions on radio equipment that would force companies to rip out all existing Huawei equipment.

Neither Bains’ office nor the department of Public Safety answered questions about what role the proposed solutions from Telus or any other companies will play in the the government’s decision-making process on whether to put a ban in place.

“As part of normal engagement, Public Safety officials routinely meet industry and other experts through various forums to hear their views on current and emerging issues.  Such meetings are meant to provide context and help inform the government’s decision making process,” a spokesperson for Public Safety said in an emailed statement.

“An examination of emerging 5G technology and the associated security and economic considerations is underway and our government will follow the advice of our public security officials. 5G connectivity will have transformative social and economic benefits and we have taken a number of measures to support the safe and timely deployment of 5G networks in Canada,” Laurel Chester, spokesperson for Bains’ office, said in an email.

Telus Corp. unveiled a $23 billion investment in broadband and related technologies across Ontario Tuesday. The company estimates the move will create 9,500 jobs between now and 2026. The company...

The Department of Innovation, Science, and Economic Development has launched its consultation on the framework for the auction of mmWave spectrum bands, alongside proposed measures to "promote...

The federal government Thursday announced that it would be banning equipment from "high risk vendors", including Chinese telecom companies Huawei Technologies Co. Ltd. and ZTE Corp. from the country's...