Even as Bell removes its gear, Bell, Telus say Huawei still in play for 5G 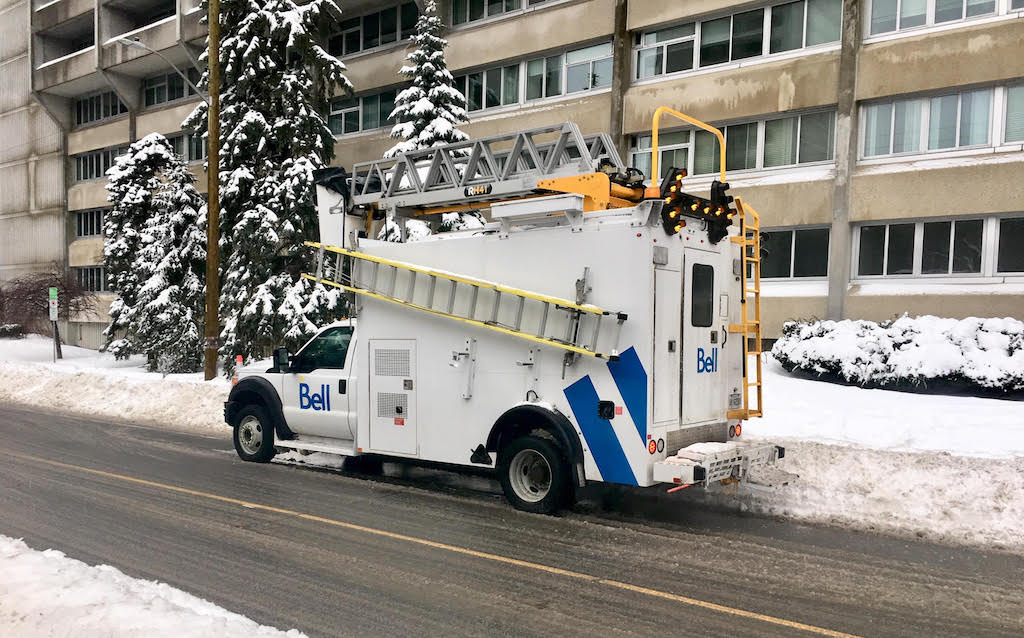 Both Telus Corp. and BCE Inc. still won’t rule out partnering with Huawei Technologies Co. Ltd. for their 5G networks if the government grants permission to do so, despite Bell beginning to replace its ageing Huawei network equipment with that of 5G vendor Nokia Corp.

Bell Mobility president Claire Gillies told The Wire Report in a phone interview that Bell remained open to using Huawei equipment in its 5G networks if the federal government allowed it to, but said in the interim that the company “had to make decisions to maintain our network technology roadmap at this point in time.”

Bell announced Nokia as its first 5G vendor in February.

“There actually has been some work done and there is some work underway where we are removing Huawei and replacing it with Nokia, so our engineering team is actively working on some projects that do that today,” Gillies said.

The Huawei gear currently in place is not interoperable with other companies’ equipment, meaning it would have to be removed from networks if the companies were to switch providers entirely for 5G buildouts.

Bell selected Ericsson AB as its second 5G vendor earlier this month, saying at the time that it would still consider using Huawei equipment in its 5G network if permitted to do so by the federal government. Gillies said that remained Bell’s position, despite its move to strip out Huawei gear.

Bell uses Huawei equipment in the Radio Access Network (RAN) of its 4G networks, and is awaiting a federal government decision as to whether Huawei equipment can be used at all in the fifth generation networks.

“Huawei has been a valuable partner of Bell, and you know, I think, right now we’ve had to make decisions to partner with Nokia and Ericsson, and as I said earlier we use multiple vendors in our network, and that would not preclude us from doing that in the future,” Gillies said.

Bell last week launched its initial 5G service in Montreal, the Greater Toronto Area, Calgary, Edmonton and Vancouver. The company will not build its own standalone 5G network — in which the entire network infrastructure will be new — until after the 3500 MHz spectrum auction, which has been delayed until June next year, Gillies said. Gillies added that Bell was “quite disappointed” by the postponement, saying the company, like Canadians, wants “to get on with it and realize the benefits” of 5G.

Telus Corp., which on Thursday announced Samsung Electronics Co. Ltd. as its third 5G equipment vendor, said that it was also still considering using Huawei’s gear in the RAN of its 5G network, if permitted.

“We are working with multiple vendors on our 5G launch, and are welcoming Samsung, Nokia and Ericsson as partners while continuing to abide by the federal government’s security regulations,” Telus spokeswoman Kalene DeBaeremaeker said in an email.

“If the government permits Huawei to provide 5G equipment in Canada, we would consider maintaining them as a vendor in the RAN portion of our network.”

The company did not answer whether it was also in the process of removing Huawei equipment from its network and replacing it with that of any of its 5G partners.

Telus announced Nokia and Ericsson as 5G partners on June 2, but had previously refused to answer questions about whether that arrangement applies to the core or RAN of the network, and whether it’s still considering partnering with Huawei for the latter, if allowed to do so.

Its initial 5G network will be rolled out in Vancouver, Montreal, Calgary, Edmonton and the Greater Toronto Area at the outset, before expanding to 26 additional markets throughout Canada by the end of the year, Telus said in a Thursday media release announcing its 5G launch.

OpenSignal analyst Ian Fogg declined to comment specifically on Bell’s decision to remove Huawei gear, but said there was a risk telecoms might decide to proceed with their 5G networks without it, because of a lack of certainty about whether they would be permitted to use its gear.

“I mean telecom is really a long-term investment business. It’s capital intensive, you need clarity for the life of the equipment that you’re planning to deploy and that life is certainly into the years, it might even be into 10 years depending on which bit of equipment we’re looking at,” Fogg said.

“And I think the longer there is uncertainty, not just about what the immediate decision making is, but maybe that the decision might get changed in the future, it makes it very hard for the operators to move ahead with that vendor.”

Fogg pointed to speculation in the U.K. that the federal government may review its decision to allow Huawei gear to be random access parts of the network, with its market share capped at 35 per cent for each of Britain’s four mobile operators, as an example of that uncertainty.

“So if that happens in the U.K. the risk then in Canada is that even if a carrier is told they’re allowed to use Huawei, they might have uncertainty about that decision being changed,” Fogg said.

“Uncertainty doesn’t help business planning, but it really doesn’t help in the telecom sector because of the multi-year life of the equipment and the longer period in which you’ve got to think about a return on investment. “