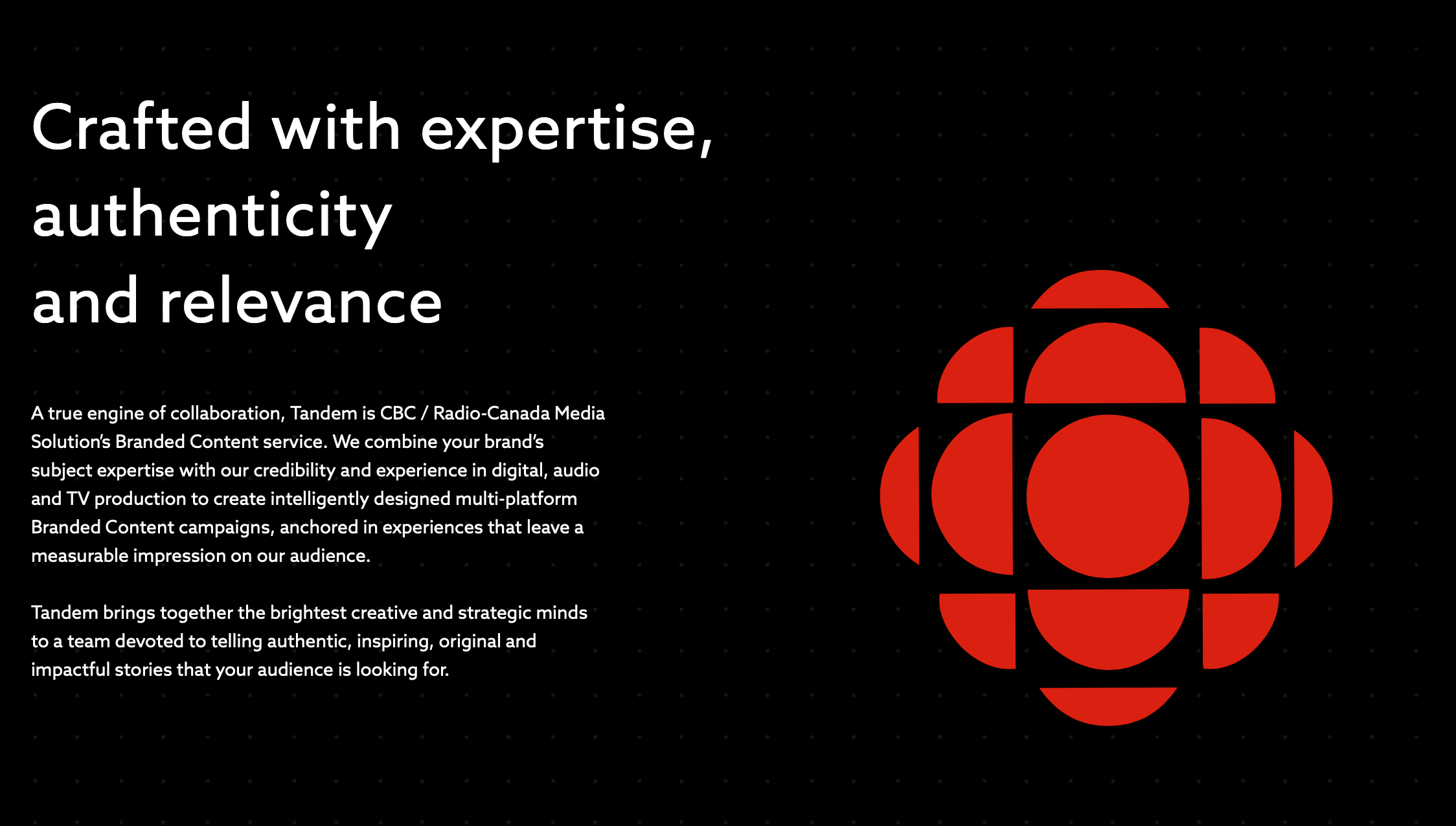 The branded content initiative launched by CBC/Radio-Canada last month has been put on hiatus while the public broadcaster reviews the project, a CBC spokesperson told The Wire Report.

“We feel there are more insights to be gained on this initiative and to that end, we are taking a brief pause on booking any new branded content campaigns while we dig a bit deeper,” Chuck Thompson, CBC’s head of public affairs, said in an email.

Called Tandem, the project makes branded content podcasts and multi-platform projects for companies and other clients. CBC is pausing all sponsored content projects that are specific to Tandem, Thompson said.

The Canadian Media Guild said in a release shortly after Tandem was announced in mid-September that its members who work at CBC were “very concerned about CBC Tandem and how it could impact their work and the reputation of CBC as a trusted independent news and information service.” The union said its members wanted more clarity and were asking that “safeguards and transparent monitoring processes are in place to ensure an unambiguous separation of news and commercial interests.”

Thompson didn’t directly answer when asked why the public broadcaster was making the move to put the project on hold.

“We’re pausing to gain deeper insights into this initiative and we will take as long as is necessary to get at that information. It’s not a formal review; we’re just pulling together the relevant stakeholders,” he said.

“The CBC exists to serve the public, not advertisers. If people even perceive otherwise, the CBC’s effectiveness is compromised,” he said.

The federal government is sending the CRTC's renewal of CBC/Radio-Canada’s licence back to the regulator in response to a slew of petitions calling for a revision. The decision states that “it...

Tories take aim at future of CBC in leadership race

The CBC/ Radio-Canada’s English services may have a target on its back, depending on who wins the Conservative leadership race, after three of the five candidates in the running said they want to...

In petitions to GiC, broadcasting stakeholders upset of lack of local news requirements for CBC

Several broadcast industry stakeholders are arguing to the Governor-in-Council (GIC) that the CRTC’s treatment of local news in the CBC/Radio-Canada’s licence renewal derogates the objectives of...