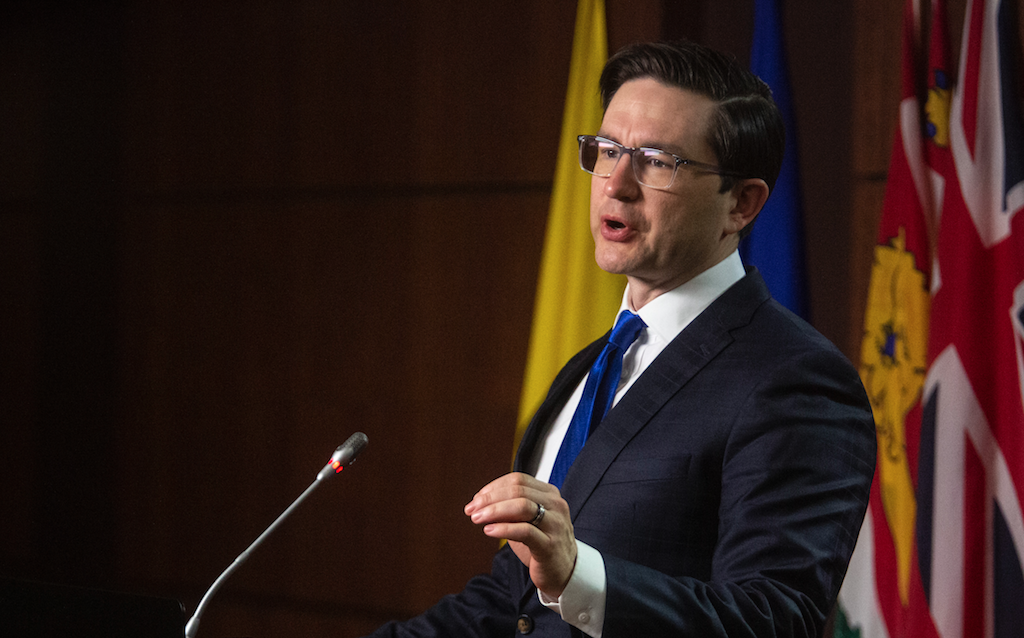 Conservative industry critic Pierre Poilievre holds a press conference in West Block on March 16, 2021 to speak with reporters about the recent merger of Rogers and Shaw. / Photo by Andrew Meade.