Scott must recuse himself from all proceedings involving wholesale-incumbent relations: CNOC 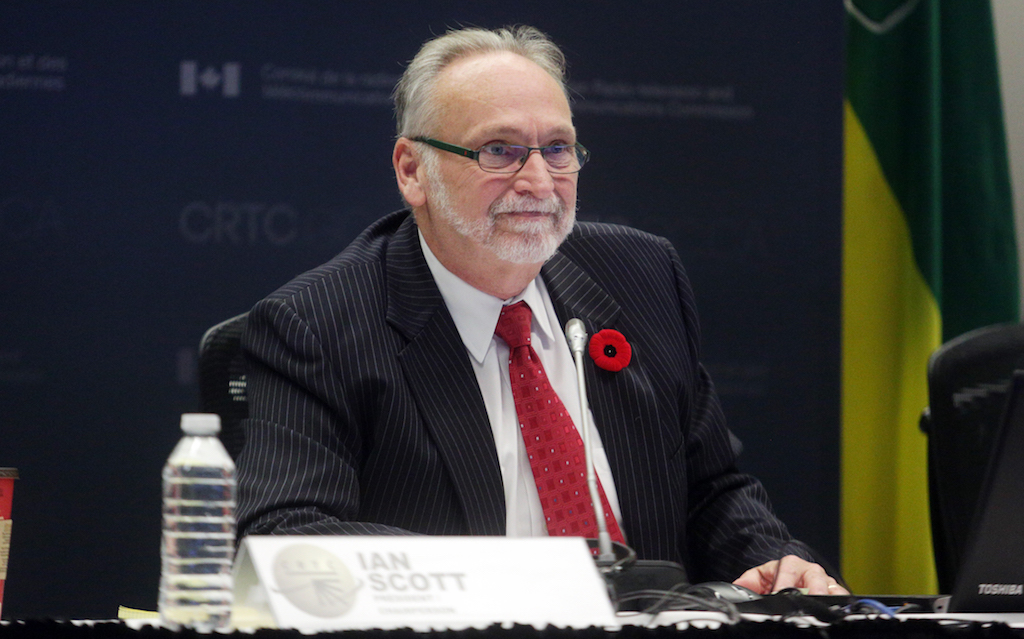 The trade group Competitive Network Operators of Canada has filed an application with the CRTC requesting that its chair, Ian Scott, “recuse himself, or be recused, from deciding all matters affecting service-based competition” pending the outcome of TekSavvy Solutions Inc.‘s court challenge to the CRTC’s reversal of its decision on regulated  wholesale rates.

Scott’s recusal from matters involving the relationship between wholesale-based telecom companies and incumbents is, according to CNOC’s Thursday application, “crucial to restore public and stakeholder confidence in the CRTC, to protect it from further institutional damage, and to avoid the taint of bias.”

The application points to two issues raised in TekSavvy’s court challenge: comments made by Scott in an online Canadian Club Toronto event where the chair expressed a “personal” preference for facilities-based competition, as well as a meeting between Scott and BCE Inc. CEO (then COO) Mirko Bibic in an Ottawa bar.

“Despite the passage of time since the decision, and at least six months after the publicity surrounding claims of bias and impartiality… the matter remains controversial and in the public eye, further supporting the argument that it is difficult for the CRTC to carry out its deliberations so long as these allegations against the Chair remain unresolved,” CNOC wrote in the application.

Through the CRTC’s communications department, Ian Scott declined to comment on the application.

There are several proceedings open before the CRTC that concern the relationship between wholesale-based internet service providers (ISPs) and incumbents.

Chief among them is an ongoing proceeding where the regulator is considering changes to the disaggregated access model for high-speed internet access, after there has been virtually no uptake after the regulator first announced a move toward the model six years ago. In October, CNOC filed a challenge to the CRTC’s decision to not mandate access for wholesale-based ISPs to in-building wire in multi-dwelling units, and instead force companies to negotiate commercially with incumbents.

In November, TekSavvy requested that Scott recuse himself from CNOC’s review and vary challenge to the in-building wire decision.

The new application from CNOC comes after a number of controversial decisions at the CRTC in the past year, decisions that have seen competing court challenges, and a trio of petitions to cabinet, all of which await responses from the cabinet.

The Competitive Network Operators of Canada (CNOC) is calling on the CRTC to force Rogers Communications Inc. to release more information on the incumbent's massive July 8 outage, endorsing a call...

The Competitive Network Operators of Canada has filed an intervention in support of a Part 1 request for the CRTC to review the methodology by which the regulator sets roaming tariffs.  In a June...

The industry group Competitive Network Operators of Canada (CNOC) has sent a letter personally addressed to CRTC chair Ian Scott, asking Scott to both "resolve the commission’s backlog of...