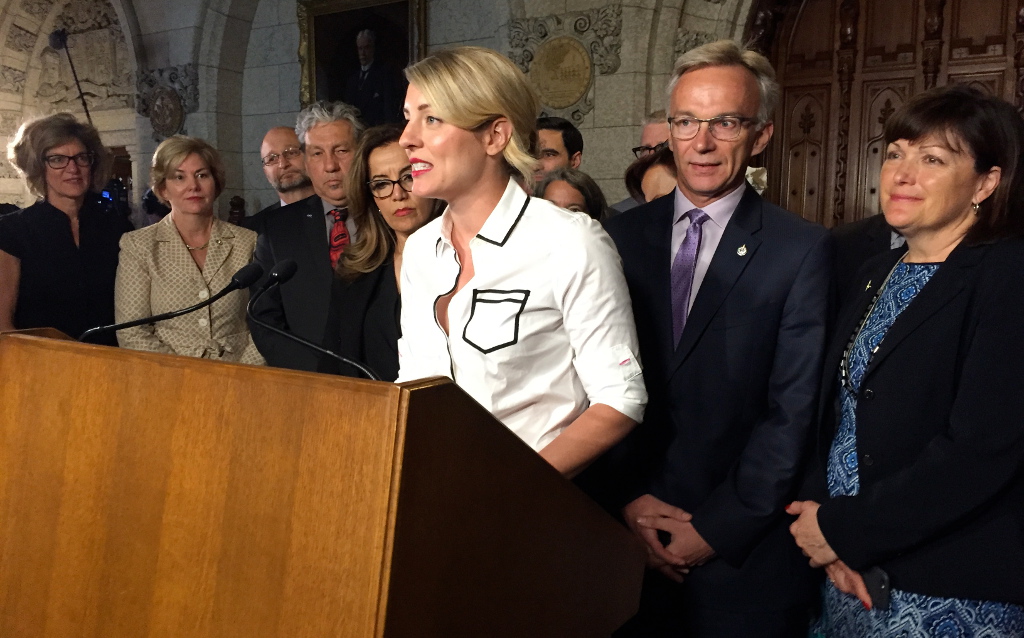 Heritage Minister Mélanie Joly, flanked by Liberal caucus members, announces the new advisory committee for appointments to the CBC/Radio-Canada board of directors on June 20 in Ottawa. /Wire Report photo by Charelle Evelyn.

OTTAWA — A nine-member panel has been charged with vetting potential appointees to the CBC/Radio-Canada board of directors, led by former TV journalist Tom Clark, Heritage Minister Mélanie Joly announced Tuesday.