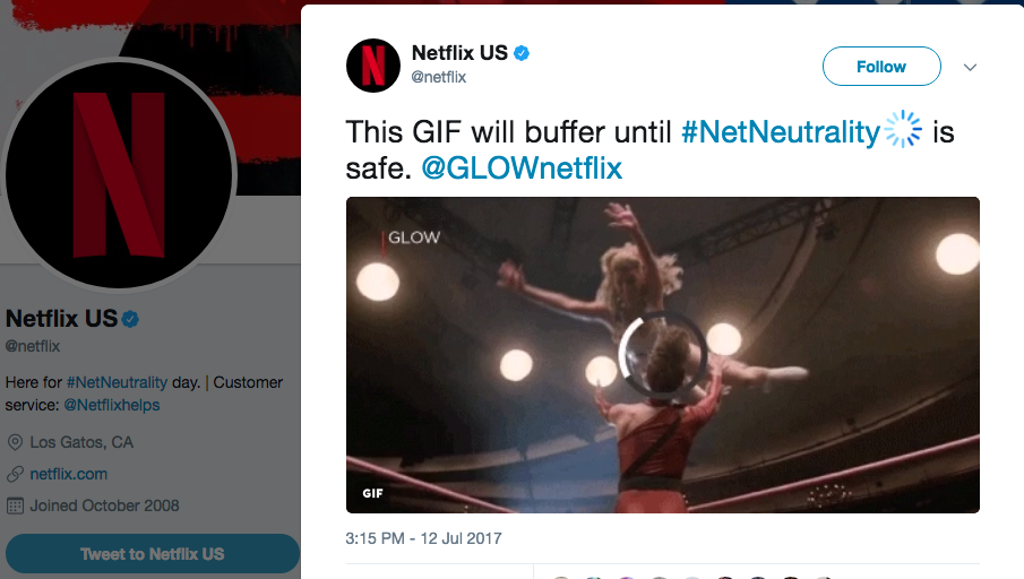 On social media, Netflix used gifs from its TV shows to participate in the day of action Wed./Screenshot via Netflix Twitter account.

On Wednesday, major internet and tech companies teamed up to rally against a proposal by the Federal Communications Commission (FCC) to overturn net neutrality rules imposed in 2015.

The Federal Communications Commission (FCC) has approved a request by Canadian satellite operator Kepler Communications Inc. to offer service in the U.S. Kepler, which aims to eventually provide...

Three years after a number of big companies first announced they would launch global low-earth-orbit (LEO) systems that would provide internet connectivity to remote areas around the world, that space...

Following reports that the United States government was considering building its own 5G network, Ajit Pai, the chairman of the Federal Communications Commission (FCC), has publicly come out against...