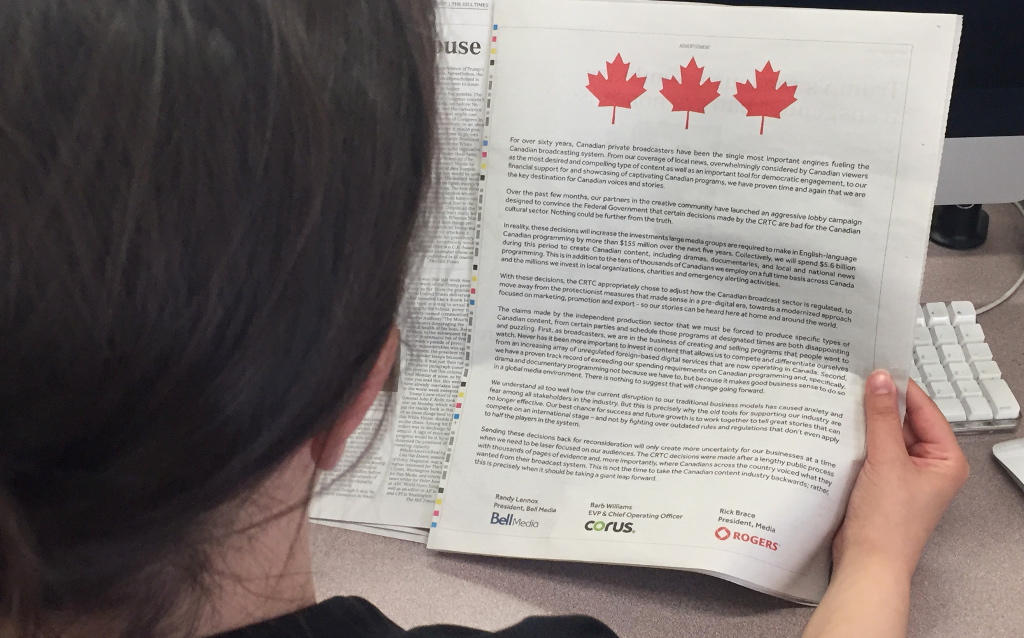 Bell, Corus and Rogers published an ad in the Hill Times Wednesday arguing in favour of the CRTC's May 15 licence decision. / Wire Report photo by Shruti Shekar.

The country’s biggest media companies are publicly firing back against calls from the creative and screen-based industries and politicians who want Heritage Minister Mélanie Joly to reconsider the CRTC’s decision to adjust the standards for required spending on Canadian content by TV providers.

CRTC chair Ian Scott told conference attendees that his agency has the knowledge base to be able to regulate the streaming giants, after concern was raised that it would be too much for the commission...