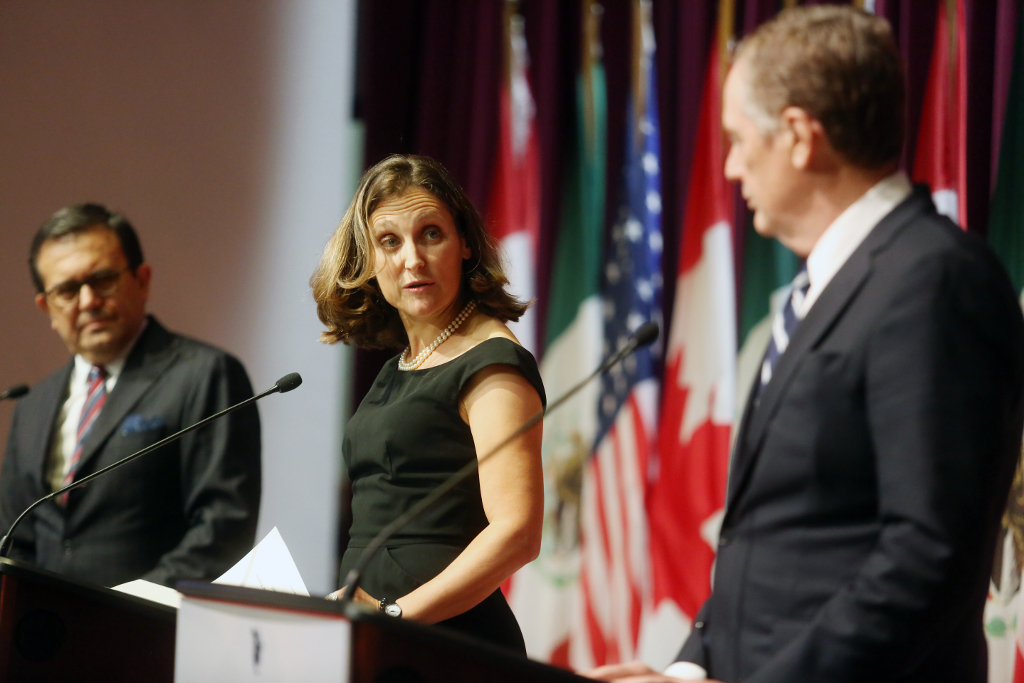 Mexico's Economy Minister Ildefonso Guajardo, Canada's Minister of Foreign Affairs Chrystia Freeland and US ambassador Robert E. Lighthizer give a joint statement on Sept. 27, 2017 at the end of the third round of negotiations to rework NAFTA./ Hill Times photo by Andrew Meade.

Canada, Mexico and the United States have made “meaningful advancements” when it comes to issues including telecommunications and digital trade, among others, the three parties said in a joint statement on the North American Free Trade Agreement (NAFTA) renegotiations Wednesday afternoon.