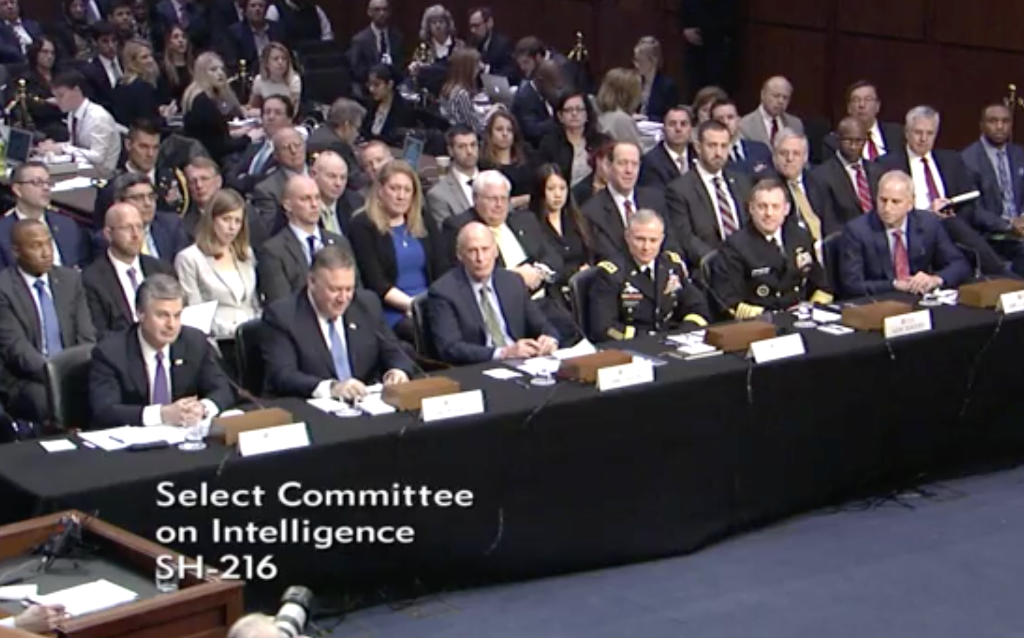 None of intelligence community officials would raise their hand when asked if Americans should use Huawei or ZTE devices at a Senate Intelligence Committee hearing on Feb. 13, 2018. /Screenshot via U.S. Senate website.

The United States Senate Intelligence Committee heard from six high-ranking intelligence community officials who spoke out against the use of telecommunications hardware produced by Chinese companies on Tuesday.

The federal government Thursday announced that it would be banning equipment from "high risk vendors", including Chinese telecom companies Huawei Technologies Co. Ltd. and ZTE Corp. from the country's...

OTTAWA – Innovation, Science and Industry Minister François-Philippe Champagne says the government will announce a decision on the use of Huawei Technologies Ltd. equipment in Canada’s 5G rollout...

The U.K. government has ordered all Huawei Technologies Co. Ltd. equipment be removed from the country’s 5G networks by 2027, after initially allowing the Chinese technology giant a limited role in...