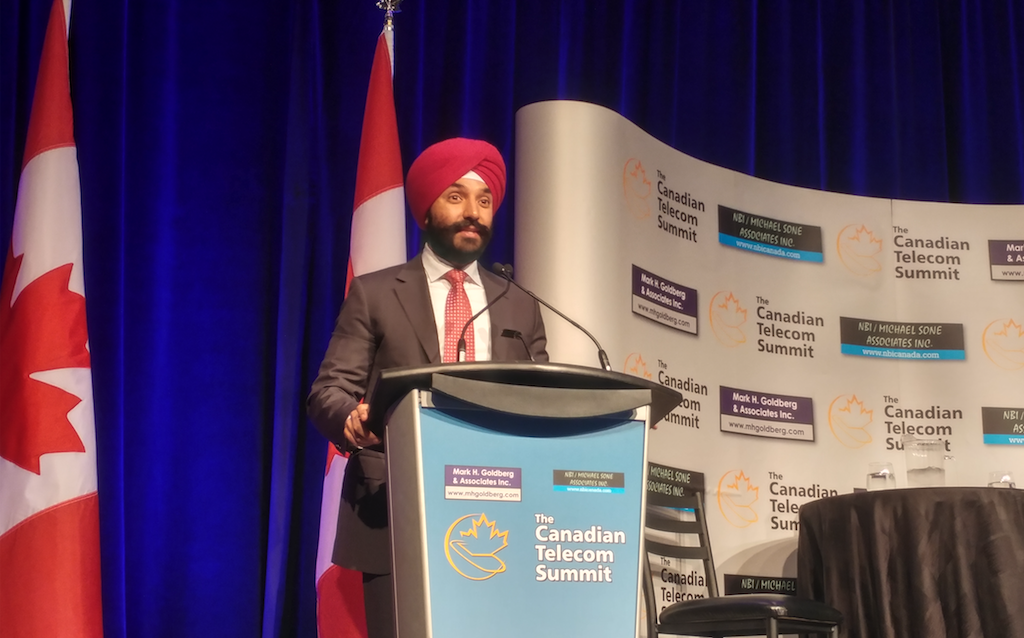 Innovation Minister Navdeep Bains announced the timing of the next three spectrum auctions at the Telecom Summit in Toronto in June 2018./ Photo by Ahmad Hathout.

TORONTO — Innovation Minister Navdeep Bains announced Wednesday the timing of the next three spectrum auctions — including the much talked-about 3.5 GHz — as well as a $10-per-month broadband plan for low-income families that critics say puts incumbents in control.