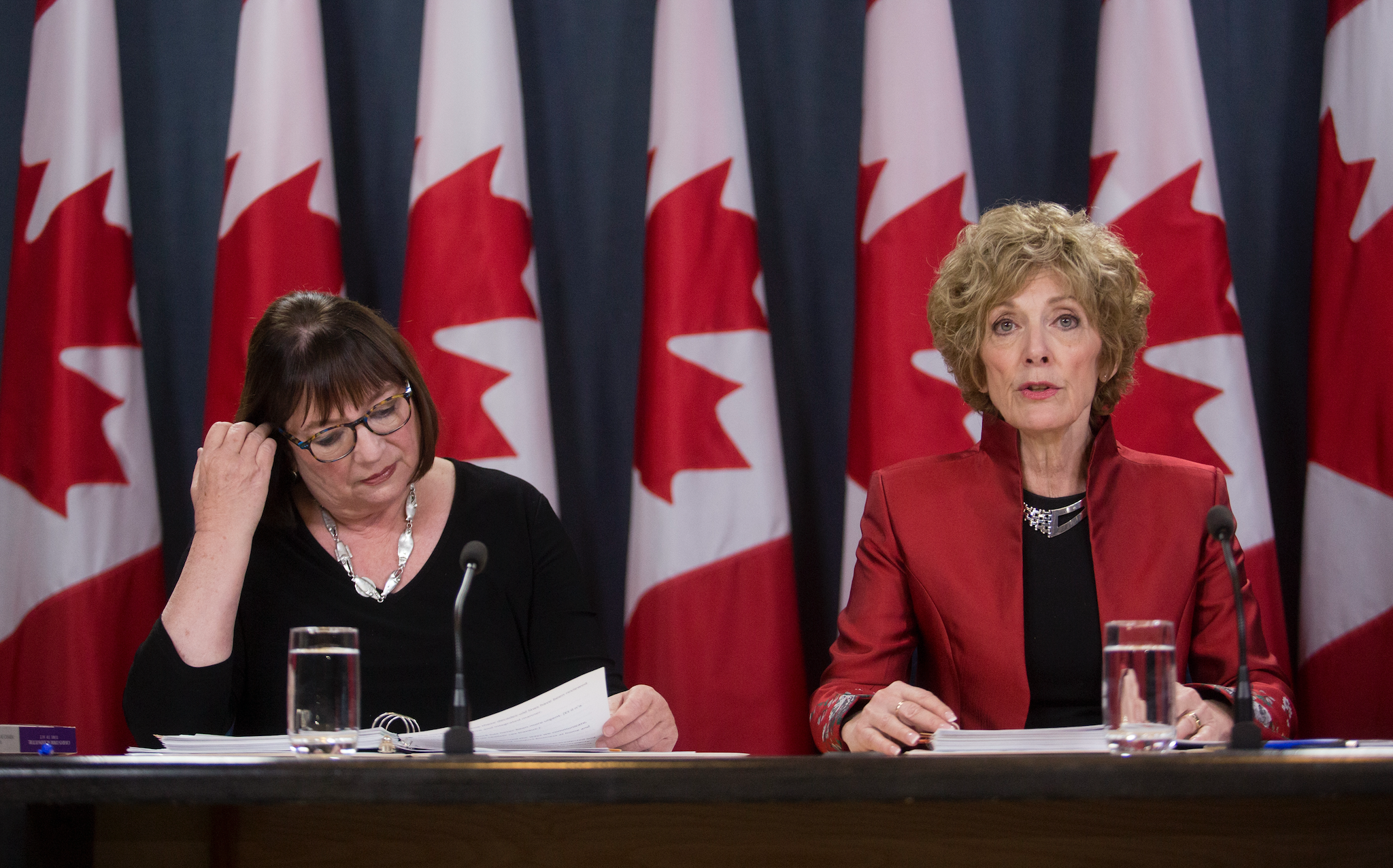 Janet Yale and Monique Simard hold a press conference following the publication of the Broadcasting and Telecommunications Legislative Review Panel's final report at the National Press Theatre in Ottawa on Jan. 29, 2020./ Photo by Andrew Meade.

OTTAWA — The reintroduction of an agreement governing contracts involving independent producers would be vital to curbing market power of large foreign streaming giants, as well as be a boon to independent Canadian content producers, according to a panelist speaking on the closing day of the Canadian Media Producers Association’s annual Prime Time Conference.