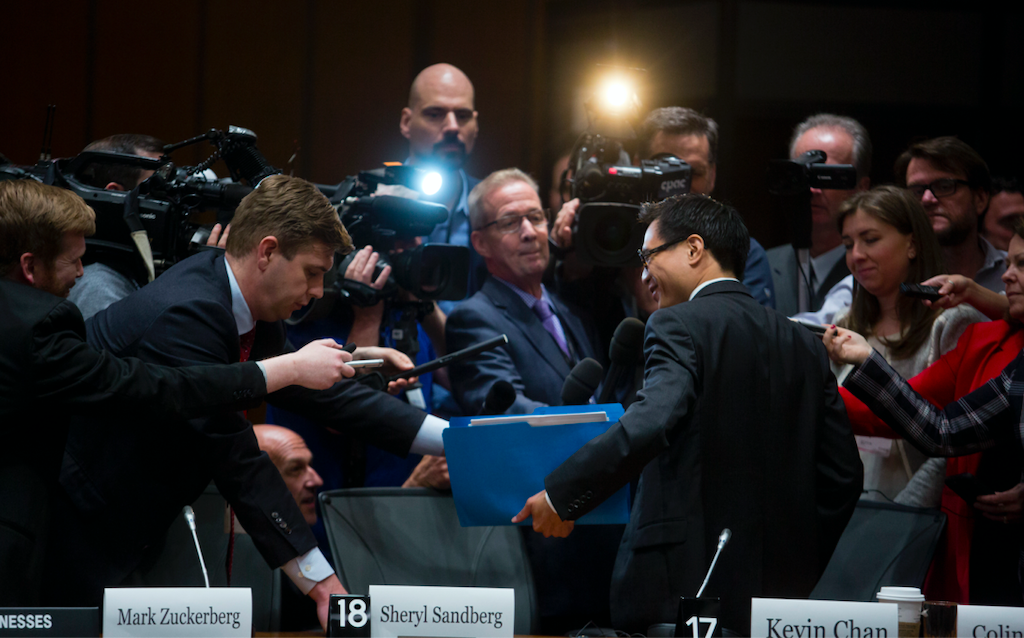 Facebook Canada's Kevin Chan speaks with reporters after appearing before the International Grand Committee on Big Data, Privacy and Democracy in Ottawa on May 28, 2019./ Photo by Andrew Meade.

Facebook Inc. is asking a judge to throw out significant chunks of an affidavit from Canada’s federal privacy watchdog in the agency’s lawsuit against the social media giant.

A federal court judge has ruled on motions from both sides of a court battle between Facebook Inc. and the Office of the Privacy Commissioner (OPC) stemming from a long-running dispute between the...

A group representing news outlets in Canada has put out a call to Premier Justin Trudeau’s government to put in place legislation that would require Alphabet Inc.’s Google and Facebook Inc. to...

A Quebec judge has ruled that Facebook Inc. can bring forward evidence the company believes will assist it in challenging a proposed class-action lawsuit.  Facebook has been accused by an...