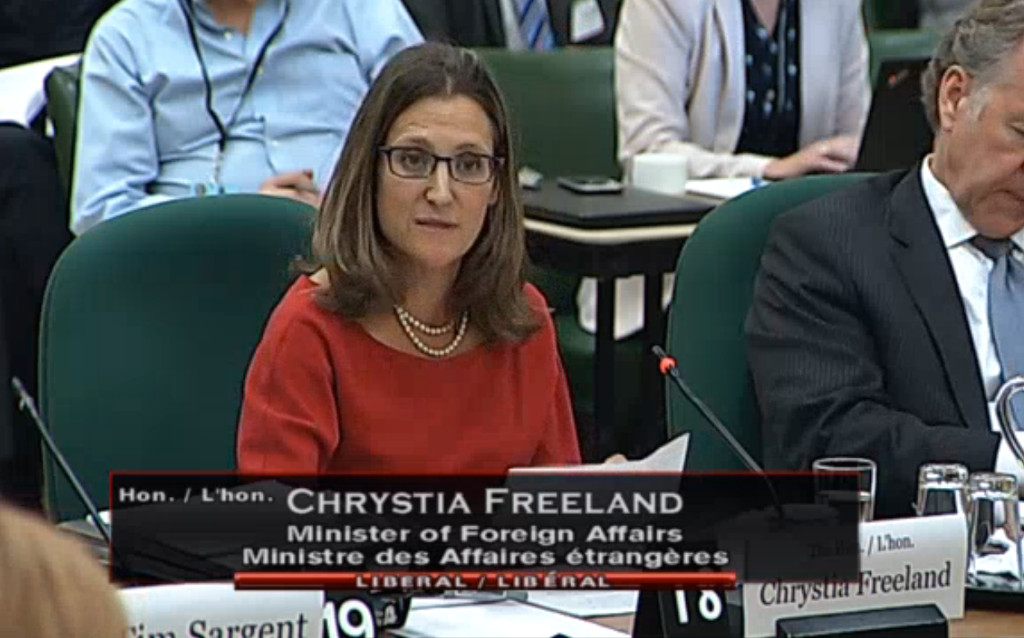 Canada’s continued preservation of the provisions in the North American Free Trade Agreement (NAFTA) that protect Canadian culture is one of the few priorities Foreign Affairs Minister Chrystia Freeland outlined Monday, as she continued her pre-negotiation blitz ahead of the official start of trilateral talks with Mexico and the United States on Wednesday.