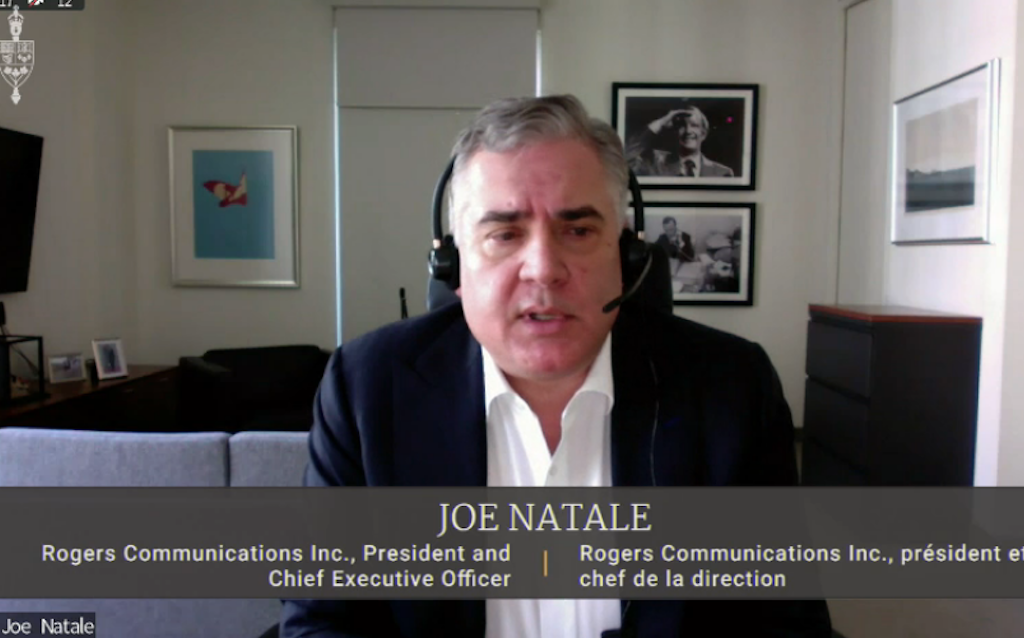 On the opening day Monday of hearings into Roger’s proposed acquisition of Shaw, MPs on the House of Commons Industry Committee sought answers from the companies’ executives on whether or not the two companies seek to hold on to Shaw’s discounted spectrum, and how the merger would affect wireless prices in Canada.

On the spectrum question, MPs mostly got no answers, as executives from both Rogers and Shaw repeatedly declined to answer the questions on grounds of restrictions surrounding the spectrum auctions.

NDP MP Brian Masse asked if the proposed merger plan presented to the various regulators who must approve the deal — the Competition Bureau, the department of Innovation, Science, and Economic Development (ISED), and the CRTC — included the maintenance of joint spectrum holdings, or if the companies presented a plan to spin those holdings off as part of the merger deal.

“Unfortunately, there are very strict rules regarding what I can say regarding spectrum matters,” Natale said.  “We’re in a very specific quiet period in advance of the upcoming spectrum auction. What I can say is that we intend to engage openly and constructively with the regulators, including ISED, about every aspect of this merger, including spectrum.”

“If the government subsidizes smaller regional players like Shaw at auction, only to see those same players subsequently acquired by one of the big three, isn’t the government really subsidizing you, your shareholders, and executives as you cash out?” Erskine-Smith asked Shaw CEO Brad Shaw.

Natale said Rogers would commit to making investments announced as part of the merger, whether or not the CRTC decided to uphold its wholesale rates in an ongoing review and vary application.

“You have my word and my commitment that we will make the investments we’ve talked about in western Canada around connectivity to rural canadians, around investment in jobs and 5G.”

In addition to spectrum policies, MPs zeroed-in on the effect the proposed merger would have on affordability in the wireless space, and whether or not the presence of Shaw as a fourth wireless competitor had driven down wireless prices in Canada.

Conservative MP and industry critic Pierre Poilievre asserted that Shaw had previously taken credit for driving down wireless prices in Canada, to which Shaw President Paul McAleese replied that the comments were made in the “context of facilities-based carrier builds.”

“It’s all situational,” McAleese said, adding that he thought Shaw “had a role” in the lower prices.

When Freedom Mobile introduced its “big gig” plans back in 2017 — offering a base rate of 10 GB of data for $50 a month — it sent shockwaves through the broader wireless industry, with the incumbent providers quickly following suit.

Just over a year later, in November of 2018, Freedom Mobile upped the ante, introducing a limited offer of 100 GB for customers already on the Big Gig plan. In the summer of 2019, Rogers launched a permanent no-overage-fee wireless plan, with BCE Inc., Telus Corp., Bragg Communications Inc.’s Eastlink, and Quebecor Inc.’s Videotron quickly offering similar limited-time promos. Shaw, too, increased from 4 GB to 5 GB the bonus it had been offering on any plan over $40 a month.

In the summer of 2019, McAleese told financial analysts on a quarterly earnings call that  Freedom Mobile’s impact on wireless affordability is “indisputable.”

“If [Shaw’s impact] wasn’t clear before, it certainly is clear now. So It’s nice to see the incumbents coming down and sorta chasing us in that regard,” McAleese said at the time.

But by January of 2020, Shaw was telling analysts that the market pricing across the industry during the fall of 2019 was “erratic” and that the price-cutting big three “haven’t exactly been paragons of pricing discipline during this period.”

NDP MP Brian Masse asked if the acquisition of Cogeco Inc. was still on the table for Rogers in the wake of the deal with Shaw.

Rogers CEO Joe Natale said that growth is always part of the strategy and that the company is always looking to expand. “This is a scale business with massive fixed costs. Adding Cogeco or adding Shaw brings those efficiencies — fibre, spectrum — it allows us to do things that wouldn’t have been otherwise the case,” Natale said.

“We needed to answer the Cogeco question. We held the shares for 20 years. Quebec remains a very important market. The timing of this is not something that was anticipated. Timing happens when timing happens.” Cogeco fought off a hostile takeover bid by Rogers in September.

In response to a CRTC request for information from BCE Inc.-subsidiary NorthwesTel, the company detailed a brief territory-wide outage, followed by substantially longer localized outages around the...

Hydro Ottawa is returning to the telecom market with the launch of Hiboo Networks, a telecom that will offer service to businesses and eventually residents of the national capital.The company is...