Quebecor would buy Freedom, but only with spectrum: PKP 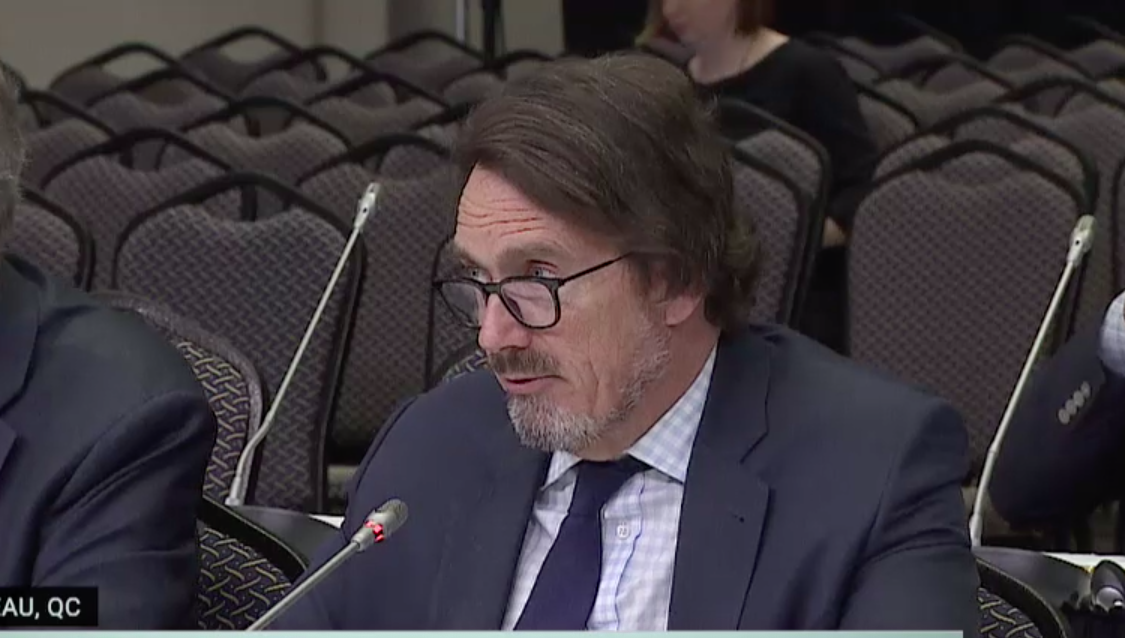 Quebecor Inc. has indicated that, should the Competition Bureau force Rogers Communications Inc. to spin-off Shaw Communications Inc.‘s wireless assets as part of its regulatory approval of the Rogers-Shaw merger, Quebecor would be open to purchasing it, provided it came with associated spectrum and roaming agreements.

Quebecor executives Pierre Karl Péladeau and Jean-François Pruneau made the comments Wednesday at a House of Commons Industry committee hearing into Rogers’ proposed acquisition of Shaw.

“If we were interested in 2008, we certainly are the candidate with the expertise, the experience, and the financial means when it comes to telecommunications and marketing that we would be able to meet the necessary criteria to be successful,” Péladeau told MPs in French, according to a simultaneous translation.

“For Xplornet, the result was not that great. Because obviously they acquired some subscribers but … but there needs to [be] some conditions to make sure that this kind of journey becomes viable. The things that we’re talking about are transfer of spectrum, transfer of roaming agreements,” Pruneau said.

“Even though it looked like there was some competition maintained with Xplornet in that respect, I think that the result was clearly not satisfying for Xplornet because they didn’t get the right assets to make sure that their journey became viable.”

Péladeau said that the transferral of spectrum was an essential part of maintaining the government’s long-standing policy of promoting a fourth competitor in the wireless sector.

Jay Thomson, CEO of the Canadian Communication Systems Alliance which represents smaller providers, said that the merger has the “real potential to make some already bad things worse, both in broadcasting and in telecom.”

“Rogers cable and Internet subscribers will roughly double in size. That will double the guaranteed cable subscribers to Rogers’ TV services like Sportsnet at its own preferred rate. Absent the CRTC’s safeguards, Rogers could then use its expanded cable size to squeeze smaller companies for higher carriage rates for its services,” Thomson said.

Later in the hearing, Public Interest Advocacy Centre general counsel John Lawford encouraged the committee to recommend the removal of Section 96 of the Competition Act, the so-called “efficiency defense.”

The efficiency defense allows mergers to proceed on the basis that they will generate significant cost savings, even if the merger would hurt consumers or competition is reduced.

“This committee cannot stop Rogers from acquiring Shaw,” Lawford said. “What this committee can do is help stop the next deal and help stall this one till some regulation that would support competition has a chance to take hold.”

He also encouraged the committee to encourage ISED and the Competition Bureau to withhold its approval of the merger until the CRTC makes a decision on mandated access for mobile virtual network operators (MVNOs) in the wireless sector, and the finalization of wholesale rates for third party Internet access on the wireline side. The former is expected sometime soon, over a year after hearings were held on the matter, while the CRTC is still assessing a review and vary application on the latter.

TekSavvy Solutions Inc.‘s vice-president regulatory affairs Andy Kaplan-Myrth told MPs that in the wake of the merger, government efforts to support a fourth wireless player in the wireless market was “the wrong strategy.”

“As long as we have this strategy of nurturing a fourth player to introduce some degree of competition, we’re really designing the system to fail. We’re going to be one merger away from complete collapse of competition,” Kaplan-Myrth said.

“A fourth player may be enough to influence prices to some degree, but it is not robust competition that can survive major deals like this one. This is clearly not going to be the only deal like this on the horizon.”