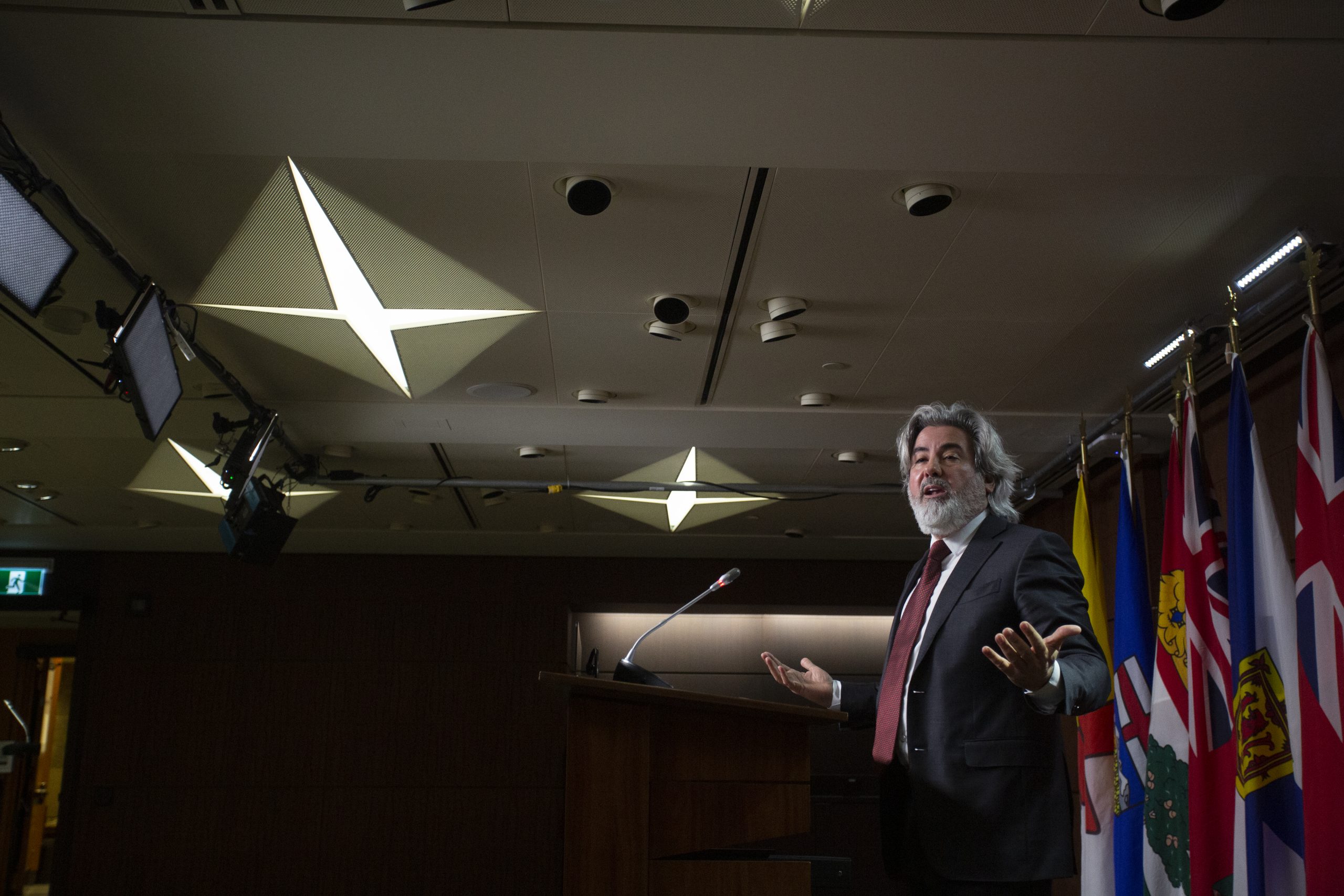 Minister of Canadian Heritage Pablo Rodriguez holds a press conference in West Block on Feb. 2, 2022 to speak with reporters about an act to amend the Broadcast act./ photo by Andrew Meade

The CRTC Tuesday approved a proposal for an FM station serving La Crete, Alta. Two years ago the commission rejected a similar proposal from the Lawen Met Hopninj Radio Society for a licence, saying...

The CRTC has revised its rules for Canadian content in commercial radio. In a voluminous decision issued Wednesday, the commission overhauled regulations over playing Canadian music on the radio....