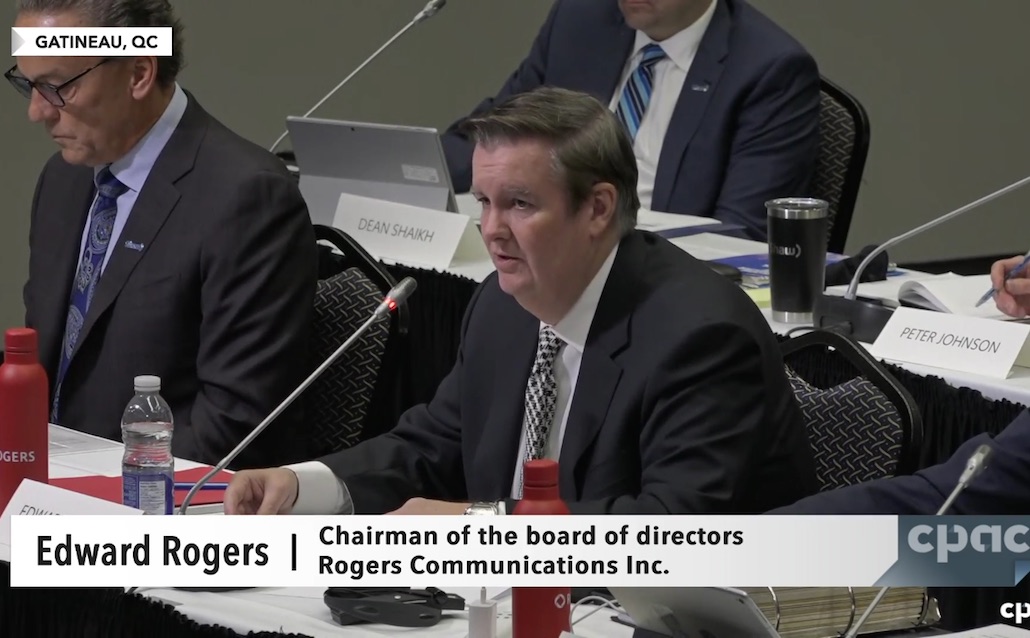 In a Thursday afternoon release after the close of markets, the regulator wrote that it “concludes that the transaction as modified by the commission is in the public interest and advances the objectives set out for the Canadian broadcasting system in the Broadcasting Act.”

“Canadians as consumers will benefit from this transaction,” the CRTC wrote.

Among the conditions placed on the companies, Rogers must submit a revised tangible benefits proposal worth $27,233,885, with 80 per cent of that going to a combination of Canada Media Fund (CMF), the Independent Local News Fund (ILNF) and the identified Certified Independent Production Funds (CIPFs).

The remaining 20 per cent must go to the discretionary initiatives as proposed by Rogers including the Broadcasting Accessibility Fund (BAF), as well as to the Broadcasting Participation Fund (BPF).

Rogers must  also commit to beefing up staffing at its CityTV property, and must also create an “Indigenous news team composed of journalists based in all the provinces where Rogers provides news content.”

The company must also commit to distributing at least 45 independent English- and French-language services on each of its terrestrial and satellite direct-to-home broadcasting distribution undertakings (BDUs).

“Given the nature of this transaction, we have put in place safeguards aimed at addressing potential risks to the broadcasting system for both consumers and programming services,” CRTC chair Ian Scott said in a release.

“Rogers must honour all existing contracts for Shaw customers. This adds to the safeguards already in place, which allow Canadians to subscribe to a basic television package and to select channels either individually or in small packages,” he said.

In a release the Public Interest Advocacy Centre, which opposed the merger, said that the approval would hurt Canadian consumers, especially in the western provinces.

“We were particularly disappointed that the CRTC appears to have completely ignored the potential cost effect on consumers – in particular during a time of extreme reliance of Canadians on broadcasters in Canada to get news and information on critical events such as wars and pandemics,” he said.

“There is an uncritical acceptance of bald assurances of ‘improvements’ to the broadcasting system that we are convinced were disproven by our evidence, that of other broadcasters and independent producers, and the majority of those Canadians who expressed their opinion on the deal.”

The advocacy group OpenMedia denounced the approval in a release. “While the Competition Bureau must still give final approval for the deal to proceed, today’s decision makes the buyout significantly more likely, and will worsen Canada’s struggles with competition, choice, and affordability in our Internet and cell phone markets,” OpenMedia wrote.

“This is a tone-deaf decision from a CRTC that has completely lost touch with ordinary people in Canada,” OpenMedia campaigns director Matt Hatfield said in the release. “Every single guarantee Rogers is making to secure our watchdogs’ cooperation is a short-term payment or unenforceable promise; the long-term outcome is clearly a net loss to everyone outside the Rogers and Shaw families.”

Rogers, on the other hand, celebrated the approval. ““This approval is an important milestone and brings us one step closer to completing our transformational transaction with Shaw,” Rogers CEO Tony Staffieri said in a release, and said the deal is expected to close in the second quarter of 2022.

“We appreciate the CRTC’s thoughtful inquiry and remain committed to working with government and regulators to achieve a successful completion of our proposed transaction with Rogers,” Shaw CEO Brad Shaw said in his own release.

Rogers announced an agreement to purchase Shaw in March of 2021, and since then has awaited regulatory approval from the CRTC on the broadcasting assets, the Department of Innovation, Science, and Economic Development on the spectrum assets, and from the Competition Bureau on the wireless market effects of the merger.

Back in November, top officials from both companies sought to convince CRTC commissioners that the acquisition would be  a boon for Canadian television programming in the face of increased competition from U.S.-based over-the-top streaming services like Netflix Inc., Amazon Inc.‘s Prime, and Walt Disney Co.’s Disney+.

BCE Inc., meanwhile, argued that no amount of proposed remedies will undo the damage of Rogers gaining 47 per cent of the English-language broadcast distribution undertaking (BDU) market.

Bell had previously surprised many by its full-throated opposition to the merger in pre-hearing interventions to the CRTC, alongside Telus.