NDP price caps would apply to all wireless plans, be set by the CRTC 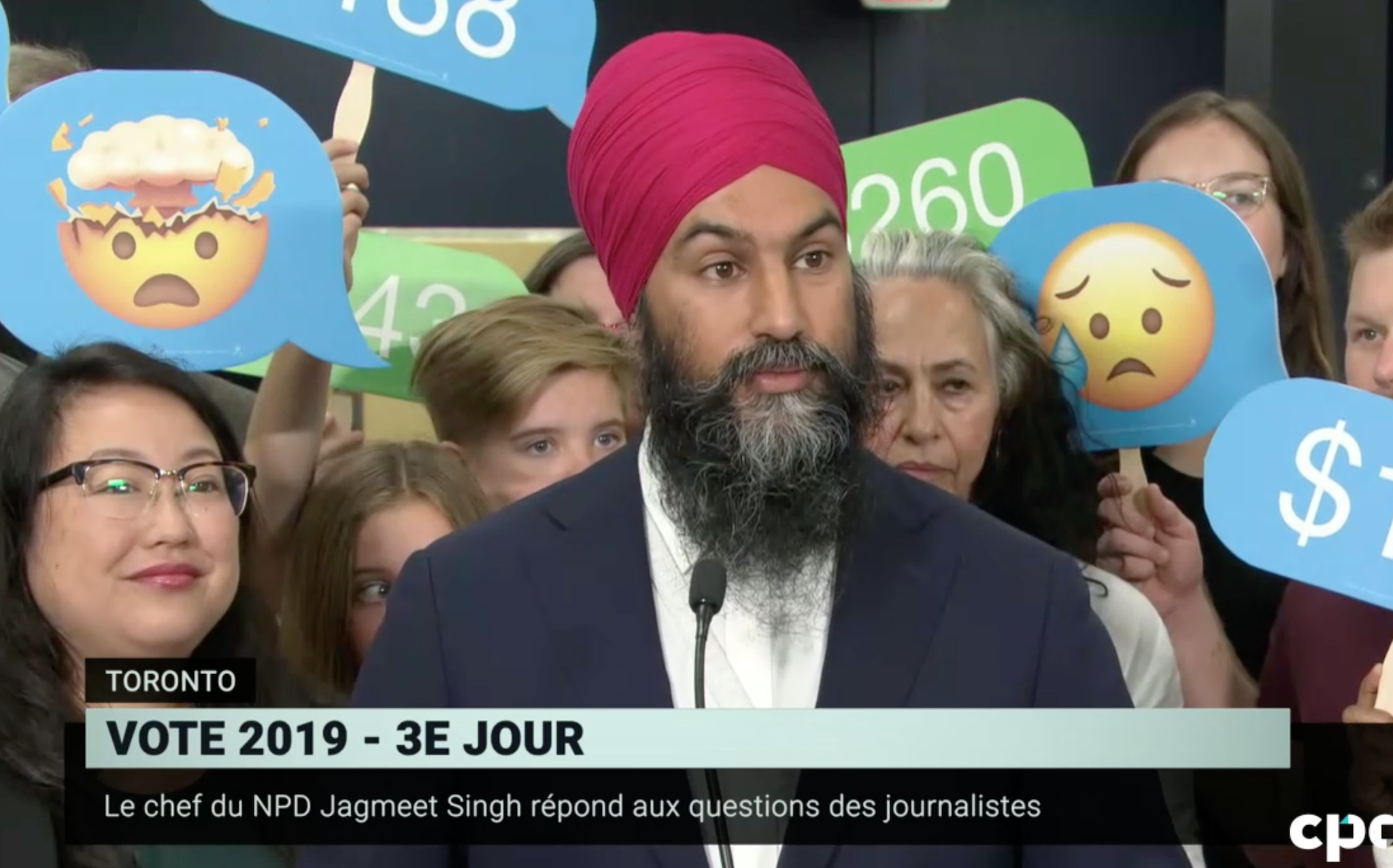 The NDP’s promised telecom service price caps would apply to all wireless plans and the CRTC would be the body charged with setting up the regime, an NDP source confirmed following a press conference held in Toronto Friday to reiterate the party’s election promises to lower cellphone and internet service bills.

Leader Jagmeet Singh outlined the NDP’s previously-announced intentions to put in place price caps that the party says will save Canadians an average of $10 a month on their cellphone and internet bills. In the event his party wins the Oct. 21 federal election, the NDP would also end data limits on internet plans, force companies to offer “a basic plan for internet and cell service,” require companies “to offer affordable, unlimited data plans for cellphones,” and institute a telecom customers’ bill of rights.

At Friday’s announcement, Singh didn’t offer detail beyond what the party has already been promising on its website since before the election campaign officially kicked off. But the party source confirmed that under the NDP’s proposal, the CRTC would base the decisions on how to fix the price cap on guidelines developed in consultation with stakeholders including the public, the telecom industry, consumer groups and the provincial and territorial ministers. The guidelines will also need to consider differences in regional markets and include international comparisons, such as the average price in the OECD or a basket of comparable countries.

“We want to put in place regulations that are completely possible under CRTC, which would allow competitors to use [telecoms’] infrastructure,” he said.

Singh was also asked about one of his talking points, focusing on how many times the Liberal government has met with telecom industry lobbyists, and about whether that means he would not meet with lobbyists if he becomes prime minister.

“I think it’s really the decisions that come as the result of that, so it’s not just meeting the lobbyists, it’s the results afterward. So if they met with lobbyists and we were paying the lowest cellphone prices in the world, it would show that they’re having good relationships but they’re still working for the benefit of Canadians,” he said.

Singh also said he was “open” to opening the market to foreign telecom players, reiterating the idea of increasing competition through MVNO roaming.

There currently aren’t any legal restrictions on foreign companies coming into the country via that route: a foreign player could enter the Canadian market as an MVNO, or come in and build its own infrastructure. Where there is a restriction under the Telecommunications Act is when it comes to buying facilities-based Canadian telecoms. Under a rule instituted in 2012 — when the previous Conservative government relaxed the restrictions on foreign ownership — foreign companies can only buy Canadian telecoms if that telecom has less than 10 per cent of the market revenues. After that, the foreign-owned telecom could grow beyond the 10 per cent market share organically.