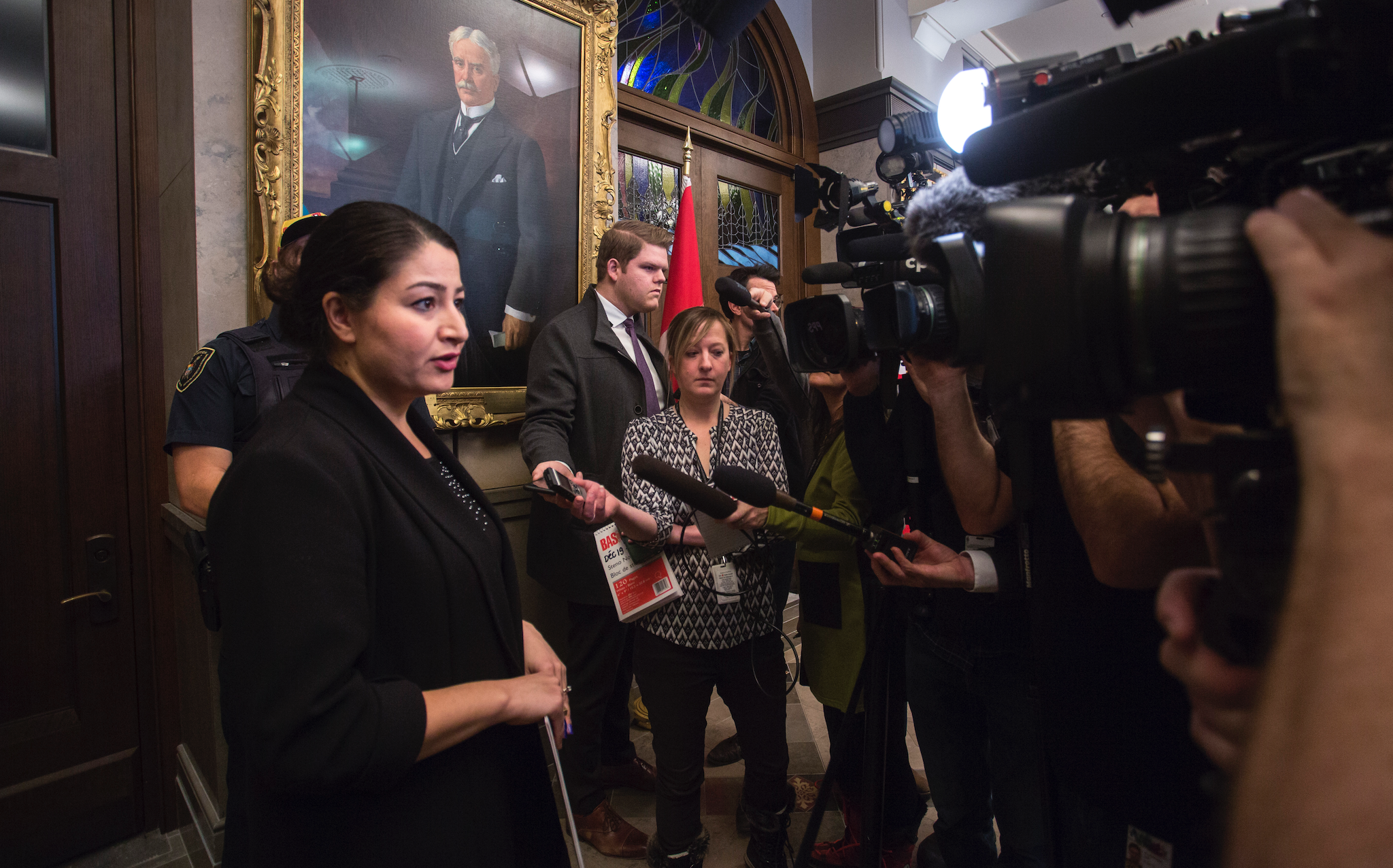 The federal government will speed up its rural broadband funding in response to COVID-19, with details to be announced shortly, according to Maryam Monsef, minister for women and gender equality and rural economic development.

Monsef told The Wire Report in an interview Wednesday that she has been hearing from rural municipalities about “how we can move forward with an accelerated pace of our investments, and we will have more to announce on that soon.”

That includes potentially increasing the overall government funding for connecting rural and remote areas, she said, adding “all options are on the table right now.”

Monsef couldn’t specify when the government will announce its plans, noting that “we recognize the urgency, and we recognize that this is also a big part of stimulating our economy post-pandemic.”

The federal government currently administers the $585-million Connect to Innovate program, which will see the funded projects completed in 2023. It will launch a second $1.7-billion Universal Broadband Fund this year, in order to meet the targets it set out in the 2019 budget to extend broadband to all Canadians by 2030.

Monsef said the government had been working to deploy the UBF before the COVID-19 pandemic, but what “the pandemic has done has further highlight the need for connectivity.”

With an increasing number of Canadians working from home, there has been a spotlight on areas that lack the connectivity to allow their citizens to do so, including some MPs who have had difficulty connecting to video calls and virtual Parliamentary meetings.

Monsef said there is now “more urgency” from stakeholders.

“Folks are asking us to consider increasing investments, they’re reminding us that these investments post-COVID will also act as stimulus for economies across the country, and those who come from the smaller communities are asking us to consider including a pathfinding service, if you will, for those communities who don’t have the capacity for grant writing as others do,” Monsef outlined.

The pressure to move quickly on rural broadband isn’t new to Innovation, Science and Economic Development Canada, which administers the CTI and UBF programs. The Wire Report previously reported, based on documents obtained through Access to Information, that 60 per cent of applicants hadn’t heard back after two years, and that the government had missed an internal deadline for the signing of contribution agreements. An ISED briefing note from last fall showed ISED planned to pressure BCE Inc. to show progress on the rural broadband projects for which it has received funding under the Connect to Innovate program.

Bell is now among the companies who have announced they plan to speed up some rollouts in response to COVID-19. It announced last week it will be delivering its fixed wireless internet to some 137,000 more homes than it had planned to by this point, while Telus Corp. said in mid-April it will expedite some capital investments in Alberta, which will include rural broadband. Xplornet Communications Inc. is also accelerating its network investments, spokesman James Maunder said in a phone interview.

The British Columbia government has added a new stream to its $100-million Connecting British Columbia Program in response to the pandemic, accepting applications for projects that can be implemented immediately to upgrade networks and expand bandwidth and coverage.

Asked whether the federal government would consider implementing something similar to B.C., Monsef said the government had asked for input on what “immediate measures can be put in place to enhance connectivity, and certainly that is part of our consideration right now too.”

But there have been delays in rural broadband funding as well. On Monday the CRTC again extended the deadline for telecommunication service providers to apply to the regulator’s $750 million Broadband Fund, pushing back the deadline from April 30 to June 1.

In response to a question about whether she was concerned about the delay, Monsef said “even if there are delays in the rollout or the announcement of funds or the closing of application deadlines, what we’re working to do is build capacity and set up our own teams so that the pace of reviewing and approving applications could be increased to make up for any time lost.”

Monsef said one way to accelerate that pace is to “give certainty” to applicants, as well as ensure they have sufficient notice and time to prepare their applications.

But even then, rolling out broadband to all of Canada’s regions will take time. Governmental funding projects are years-long efforts; the goals the federal government set out in 2019 were to have 95 per cent of Canadian homes and businesses meet the CRTC’s basic service standard of 50/10 Mbps by 2026 — and then a full 100 per cent at that level by 2030.

The Government of Canada has extended its temporary emergency fund addressing the lack of insurance coverage in the Canadian film and television production industry. Friday, Minister of Canadian...

The CRTC has denied a request made by the Canadian Association of Broadcasters (CAB) to waive conditions of licence and regulations relating to broadcasters’ expenditures for the 2020 broadcast...

With advertising revenues battered by the pandemic -- particularly the second half of the year -- the CRTC Friday reported widespread drops in broadcast revenues for the 2019-2020 year, with total...