Efficiencies defense is a ‘serious’ exercise of discretion: competition comish 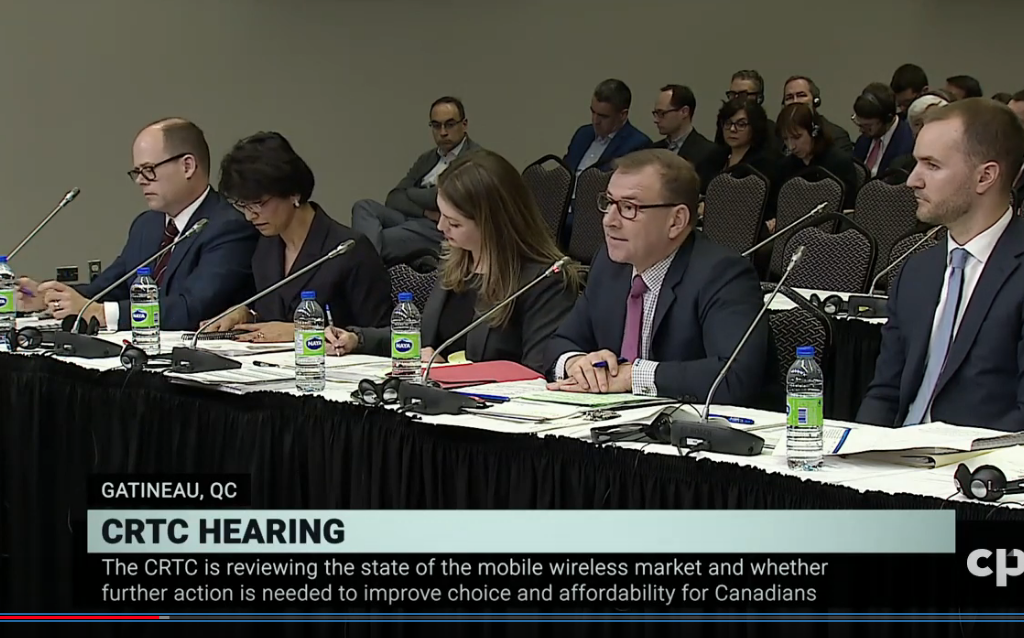 Allowing a merger to proceed on the basis of the so-called “efficiencies defense” is “a very, very serious exercise of enforcement discretion to approve an otherwise anticompetitive merger,” according to the man in charge of enforcing the Competition Act.

Competition Bureau commissioner Matthew Boswell made his remarks Wednesday on the final day of the House of Commons Industry committee’s hearings into the proposed merger between Rogers Communications Inc. and Shaw Communications Inc.

The efficiencies defense, otherwise known as section 96 of the Competition Act, allows a merger to proceed  “where efficiency gains are likely to be brought about by the merger and are greater than — and offset — the anticompetitive effects,” Boswell told MPs.

The efficiency defense, or efficiency “exception”, has been the subject of much scrutiny in the wake of the announcement of the two companies’ plans to merge, and was raised on Tuesday before the Industry committee.

While mostly refusing to talk specifically about the merger between Rogers and Shaw, Boswell told MPs that should merging partners intend to rely on the efficiency exception,  “they are going to have to commit to provide the bureau with ample time, reasonable time, to thoroughly scrutinize the efficiencies they’re advancing; to cross-examine under oath representatives of the merging parties; to really dig down on those efficiencies.”

Asked by Liberal MP Majid Jowhari about whether or not he would advocate for the reconsideration of section 96 in any review of the Competition Act, Boswell said he would.

“It’s controversial both inside and outside of Canada. Certainly from the perspective of the person who administers and enforces the act, I think it would be worthwhile in this country to discuss this particular section of the act, and that’s for parliamentarians,” Boswell said.

In a line of questioning from NDP MP Brian Masse about the Competition Bureau’s approval of other acquisitions like the 2017 approval of BCE Inc.‘s purchase of Manitoba Telecom Services (MTS) — which stipulated that MTS spin off its wireless assets to Telus Inc. and Xplornet Communications Inc. — Masse asked what level of monitoring the bureau has done on other approvals. Boswell said the bureau can’t afford it.

“We simply don’t have the resources to conduct after-the-fact assessments of our merger remedies. The resources we have are going full out on current mergers that we are tasked under the law with reviewing,” Boswell said.

“We would like to set up what we call a remedies unit, where we have a centre of expertise inside the organization that monitors consent agreements — that goes back and looks at them for their effectiveness and advises on future agreements. But we simply don’t have the human or financial resources to set up that remedies unit at this time.”

Meanwhile, a list of applicants for the June 3,500 MHz spectrum auction posted to the Innovation, Science, and Economic Development (ISED) website late Tuesday afternoon revealed that Shaw has decided to sit the auction out.

Precisely how Shaw and Rogers would handle the spectrum auction has been the subject of much confusion since the announcement in March of the two companies’ intent to merge. On the opening day of the Industry committee hearings into the merger, executives from the two companies declined to say anything about their plans to handle the spectrum auction, or whether or not they planned to hold onto Shaw’s previously acquired spectrum.

Quebecor Inc. CEO Pierre Karl Péladeau told the Industry committee on Mar. 31 that his company would be open to purchasing Shaw’s wireless assets in the case Shaw was required by regulators to sell it, but only provided that it came with the brand’s spectrum holdings.

In a note published Wednesday afternoon by National Bank analyst Adam Shine, he said Shaw’s decision to sit out the 3,500 MHz auction “shouldn’t necessarily come as a big surprise.”

“Rogers and Shaw now look like they are playing by the rules while relieving ISED of the burden of having to make a decision on Shaw’s ability to bid which is now moot. This won’t change the scrutiny on the takeout, particularly as it relates to the ability of Rogers to retain the wireless platform of Shaw,” Shine wrote.

It remains unclear how, or if, ISED will adjust other rules for the auction, particularly around set-aside spectrum previously expected to be purchased by Shaw. Shine added that while Cogeco has put its name forward to bid on the band of spectrum, it is still waiting on the CRTC’s decision around mandated access for mobile virtual network operators.

At CRTC hearings into the wireless industry last year, Cogeco proposed a hybrid mobile network operator (HMNO) model, under which companies like Cogeco that have broadband facilities would be allowed access to existing wireless networks, as long as the HMNO reinvests in its own infrastructure.

“Cogeco wants the stars to properly align so as to have the right conditions to not only bid in the coming auction but also ultimately launch wireless service in its cable footprint. While we think that the CRTC will agree to allow HMNOs, it remains to be seen how aggressively this decision will be appealed and litigated by incumbents, thus delaying any eventual HMNO launch by a year or two,” Shine wrote.

At the House of Commons Industry committee Wednesday, ISED senior assistant deputy minister for spectrum and telecommunications Éric Dagenais declined to say whether or not the department was considering delaying the auction.

“What the minister would look at in the context of a merger would be looking … at spectrum concentration in the different license areas. So we would be looking at license-by-license areas, to look at the availability of spectrum to other parties,” Dagenais said, adding that set-aside spectrum in the 2019 600 MHz auction was prohibited for a period of five years.

Dagenais also said the policy of set-asides for spectrum would continue, along with “aggressive deployment conditions to ensure that those who end up buying the spectrum really abide by a use-it-or-lose-it policy.”