Lower your prices or else, Trudeau tells big telecom at debate 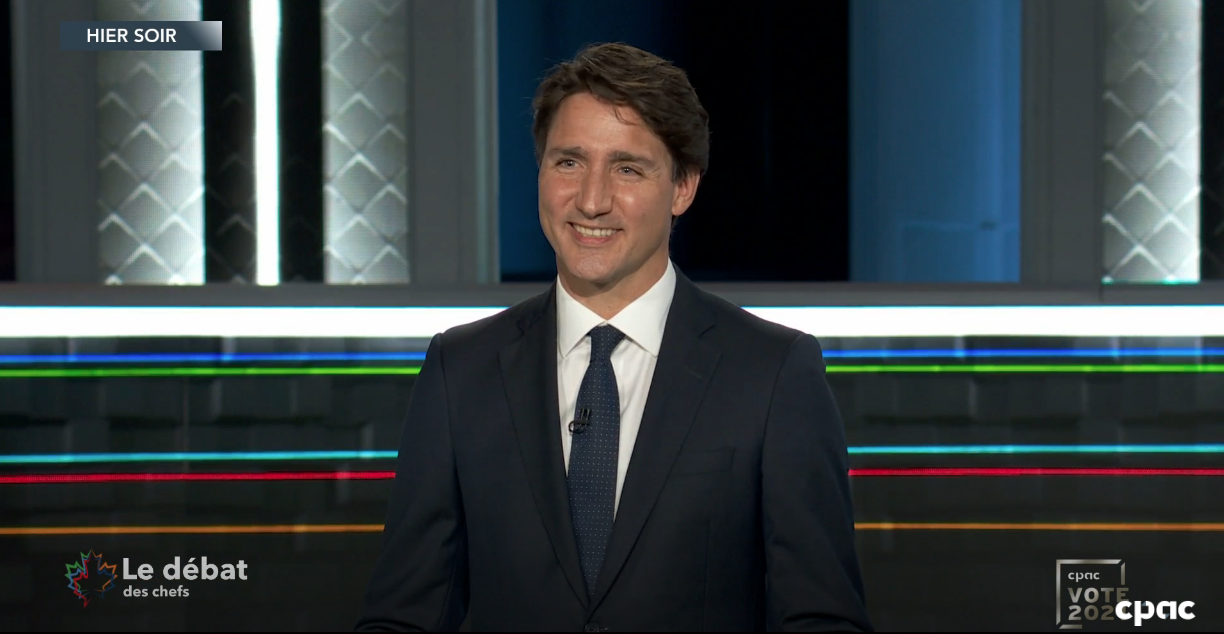 GATINEAU, Que. — Prime Minister Justin Trudeau is giving Canada’s telecommunications companies an ultimatum: drive down your prices or face much more competition in the marketplace.

His comments come after the second French-language leader’s debate held Wednesday, where Trudeau declined to say whether or not his government would overturn the CRTC’s decision on wholesale internet access rates — the subject of a petition currently before cabinet.

Responding to a question from the Wire Report, Trudeau didn’t address the issue of the wholesale rates, but did say the government would “watch very closely” if Canada’s wireless prices continue to come down, though he didn’t set a specific target.

“If they are not bringing down those prices, we will bring in much more competition, so that they drive down the prices for Canadians. So it’s up to the telcos to either do this or we will make sure they do this in the way they don’t want,” he told the Wire Report during question period after the debate.

During the 2019 federal election campaign, Trudeau had promised that if wireless prices did not come down 25 per cent within two years, then his government would “look at additional competitive measures” like the mandating of network access by mobile virtual network operators (MVNOs).

Trudeau had said the price cuts would save Canadians an average of $1,000 every year, savings which ultimately did not materialize, though the department of Innovation, Science, and Economic Development (ISED) has found that wireless prices are decreasing “organically.”  Wireless prices have decreased, though are still high internationally, ISED also found in a March 2020 report.

Conservative Party leader Erin O’Toole also said he wanted to “invite in more competition to bring down prices” and stop spectrum squatting, but also did not respond to questions about his party’s position on a series of CRTC decisions that advocacy groups and independent internet service providers (ISPs) have criticized as being anti-competitive.

Hours before the debate, the Conservatives released the costing numbers on the party’s platform where representatives said during a technical briefing with reporters that it believes there has been “massive” amounts of money budgeted for broadband connectivity already, but the Liberal government has been too slow to roll it out.

Reporters heard Wednesday during the briefing that existing money — enough of it to connect all Canadians to high speed internet, according to party representatives — has been divided up between several programs involving a lot of red tape. They said money for connectivity projects could be found through these existing programs and the almost $9 billion brought in by the 3500 MHz spectrum auction, which took place earlier this summer.

The Liberal government had been aiming to make it possible for all households in Canada to connect to high-speed internet service by 2030 — 98 per cent of which are expected to be able to connect by 2026 — through initiatives such as the $2.75 billion Universal Broadband Fund, the CRTC’s $750 million rural broadband fund, a $2 billion Canada Infrastructure Bank fund for larger projects, the oft-criticized Connect-to-Innovate program, and a number of provincial-level initiatives.

In its platform, the Conservative party said it would speed up the spectrum auction process to get more spectrum into use and apply ‘use it or lose it’ provisions, similar to promises from the Liberals, to ensure that spectrum is actually developed with auction revenue dedicated to its digital infrastructure plan. A representative of the party, which wants to see all Canadians able to connect to high speed internet by 2025, said Wednesday that the Conservative plan calls for rebates on spectrum fees in order to accelerate the deployment of high speed internet.

The use of spectrum funds to advance the goal of universal connectivity has been proposed in the past by the NDP, with MP Brian Masse asking representatives of Cogeco Inc., Xplornet Communications Inc., Telus Corp., and Rogers Communications Inc. last year if the “redeployment” of spectrum funds could achieve universal connectivity at the CRTC’s universal service objectives of 50 Mbps download and 10 Mbps download.