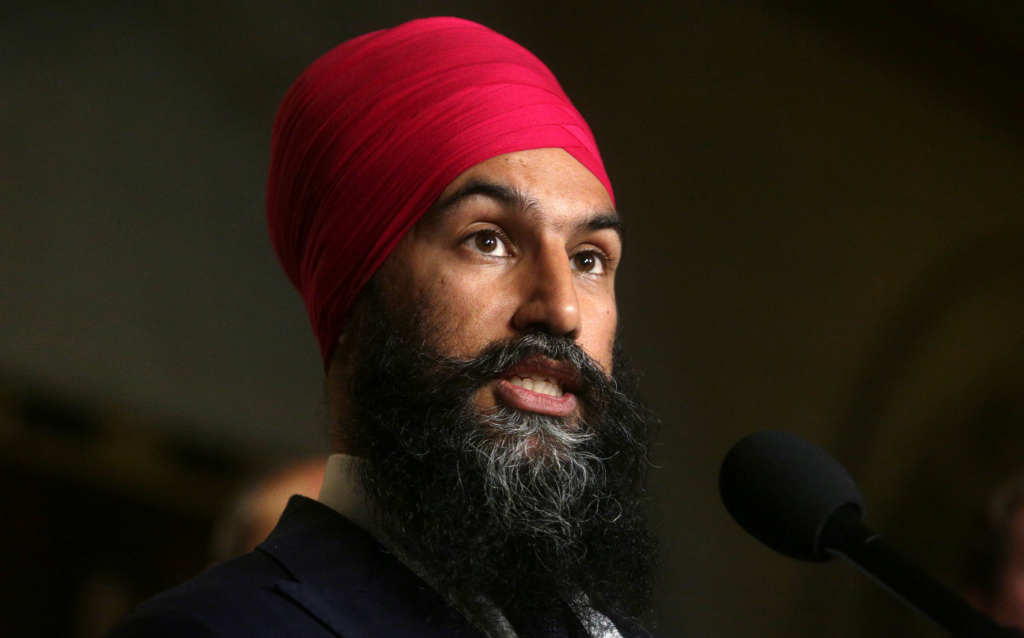 His comments came at a Friday morning press conference while on the campaign trail.

“We already pay some of the highest rates for cell phones and internet services in the world. This type of merger would only make it worse, it would only increase the monopoly, and make things worse for people. I’m not going to let that happen,” he told reporters in Ottawa.

Conservative Party leader Erin O’Toole said Tuesday that his party would stand against mergers that could hurt consumer interests, but did not specifically name the Rogers-Shaw merger. Meanwhile, Liberal leader Justin Trudeau did not directly answer when asked about it by the Wire Report during question period after Wednesday’s second French-language debate.

At Friday’s conference, Singh went on to reiterate his party platform to put a limit on how much companies can charge for internet and cell phone coverage, and mandate mandatory unlimited plans that don’t slow down once data limits have been reached.

“That is within our power to do federally. Conservatives and Liberals have not done it because they are afraid or unwilling or both to take on these big telecom,” he said.

On telecom affordability, a Green Party Saskatchewan candidate named Michael Wright said Thursday that they would reinstate the 2019 wholesale rate decision, after Trudeau and O’Toole skirted the question following the second French-language debate.

“We are calling for universal broadband internet access and affordable internet. To that end, we demand evidence based decision making at the CRTC and the reinstatement of the 2019 rate decision!” Wright wrote in a tweet.

However, during a press conference Thursday after the English-language debate, Green Party Leader Annamie Paul said that was not an official party position, although they were committed to lowering bills and connecting all Canadians.

At the debate’s question period, the Wire Report also asked O’Toole about his plans for the CBC/Radio-Canada, after he walked back previous plans to defund its digital media services and cut CBC’s English-language television funding in half while campaigning to be party leader in 2020, but did not elaborate on why he reversed his position on the public broadcaster.

“In some areas like English television and digital, we shouldn’t see the government competing with the private sector that is trying desperately to innovate and hold on, particularly with advertising,” he said. “So we’d like to see a modernization to see less of that competition, less government subsidizing newspapers and other organizations, taking that state competition out and making sure we support the creation of private sector content.”

In a Thursday press release, Canadian Media Guild’s (CMG) said the Conservatives’ “vague” responses on CBC during the whole campaign “raises concerns” for the broadcaster’s future.

“It is disappointing to see Mr. O’Toole’s short sighted vision of a shrinking CBC, broken into pieces,” CMG CBC branch president Kim Trynacity said in the release. “Hiving off sections of CBC/Radio-Canada would weaken the public broadcaster’s overall services.”

Broadcasting was also briefly touched upon during the second French-language debate Wednesday. Trudeau said the Liberals would “reverse the horrible trend of Conservative governments to go after artists” and that the party was there to support the CBC when asked by the moderator Patrice Roy why the party has not made any progress on supporting the broadcasting sector during the past four years.

He also blamed C-10’s death in the Senate on the Conservatives (who filibustered throughout much of the committee work) and on the Bloc and NDP who he said “weren’t always ready to make it a priority”.